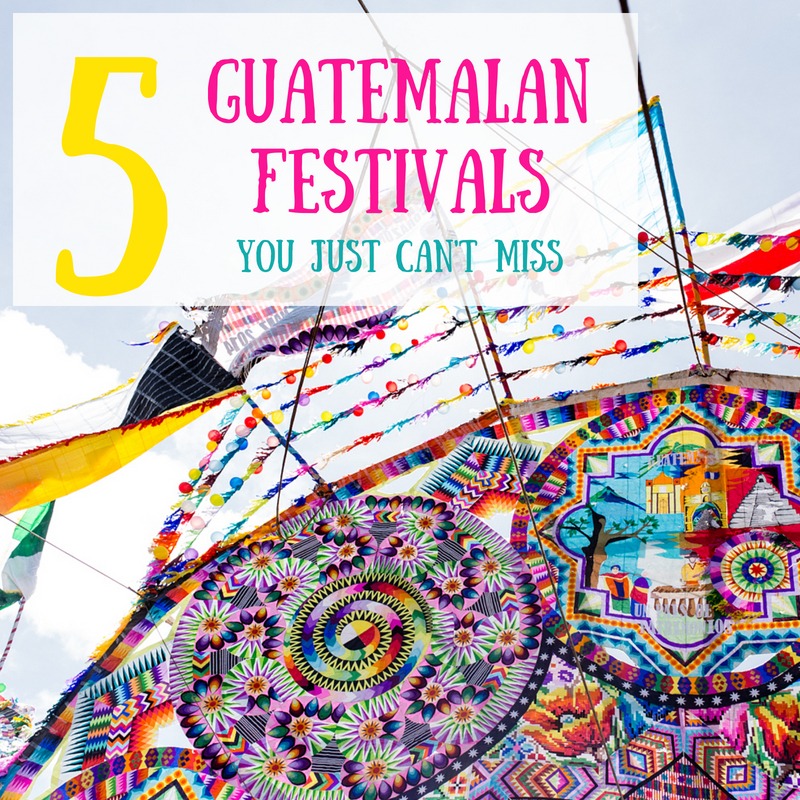 One of the reasons we travel is to experience different cultures, change our perspectives, and—hopefully—learn. Today we’re here to ask you: What better way to do that than party with the locals? That’s right, PARTY! Guatemala is absolutely rich with cultural celebrations, which inspired us to put together this list of

Yeah, baby! Guatemala’s festivals burst with outrageous color, ancient traditions, and rampant symbolism. It’s impossible not to be intrigued, and by the time you finish this post it may be impossible not to go…don’t say we didn’t warn you!

When: March or April
Where: Antigua

Each Holy Week, the cobblestone streets of Antigua are covered in rich carpets of dust: colored sawdust, that is. These alfombras are meticulously crafted and feature designs that mingle Mayan and Christian symbolism. Clouds of incense rise to heaven as monks and nuns process through the streets, hefting half-ton sculptures of Mary and Jesus on their shoulders. Bands follow and mock Roman soldiers stride after them, reading the charges against Jesus. 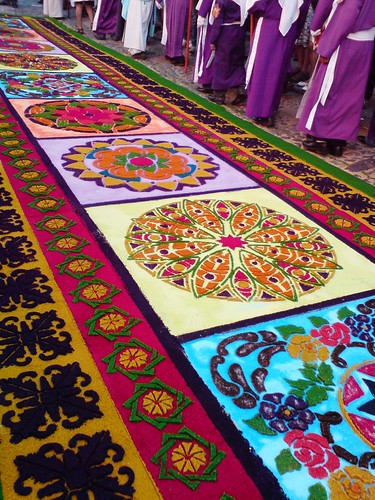 When: last week of July
Where: Cobán

The Cobán Folkloric Festival features parades, rodeos, and expositions of traditional art, but its crown jewel is the Rabin Ajau—or “daughter of the king”—competition. Each year Mayan girls from across Guatemala arrive in Cobán wrapped in the traditional huipil and morga (blouse and skirt) of their hometown, ready to compete for the title of Mayan princess. Girls are chosen not only for their beauty, but also, as one attendee put it, for their “spiritual beauty…grace, charm, carriage, sincerity, intelligence and knowledge of history.”

On September 14th, 1821, María Dolores Bedoya ran through the streets of Guatemala with a lit torch, igniting the people’s hope for liberation after 300 years of Spanish colonial rule. The next day, five countries—from Guatemala south through Costa Rica—won independence. To commemorate this incredible moment in Latin American history, each year runners (called antorcheros) relay a lit torch from Guatemala City to Cartago, the old colonial capital of Costa Rica. Groups of shorter-distance runners carry torches and flags into their own hometowns amid shouting, whistles, and marching band music. 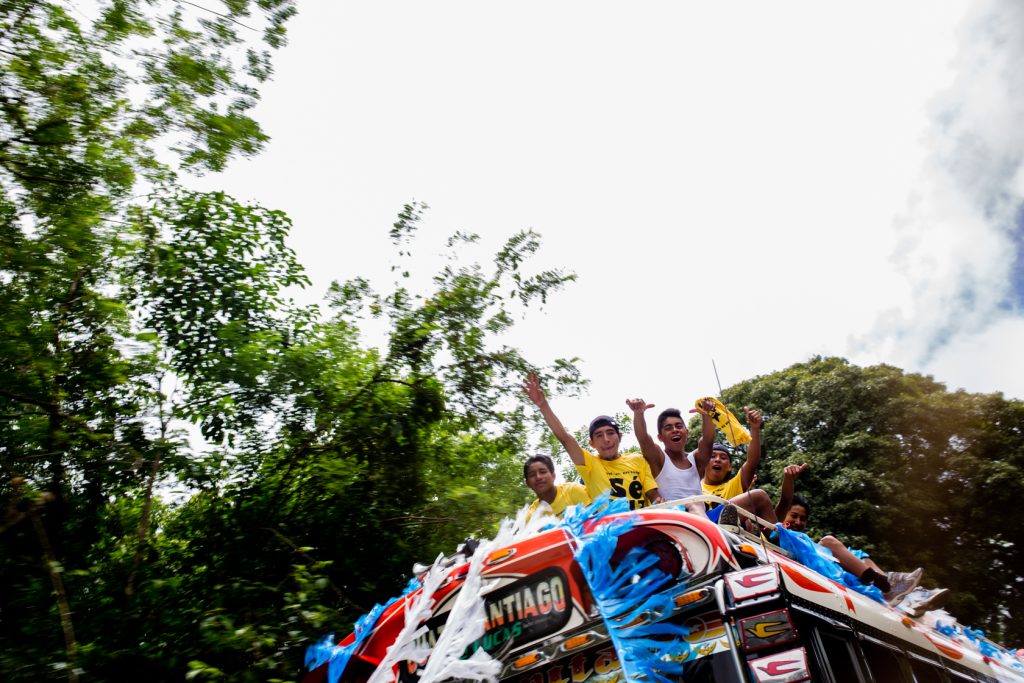 When: November 1st and 2nd
Where: Santiago and Sumpango Sacatepéquez

In Santiago and Sumpango Sacatepéquez, teams of creatives work for months to construct barriletes gigantes, or giant kites, that are erected in the local cemeteries on Day of the Dead. Made of paper and bamboo, the kites are traditionally believed to communicate with deceased loved ones and ward off evil spirits from their graves. Nowadays, competitions are held for best design, largest diameter, and more. Children hop from grave to grave as vendors push ice cream carts with tinkling bells and the barriletes wave and flap in the breeze. 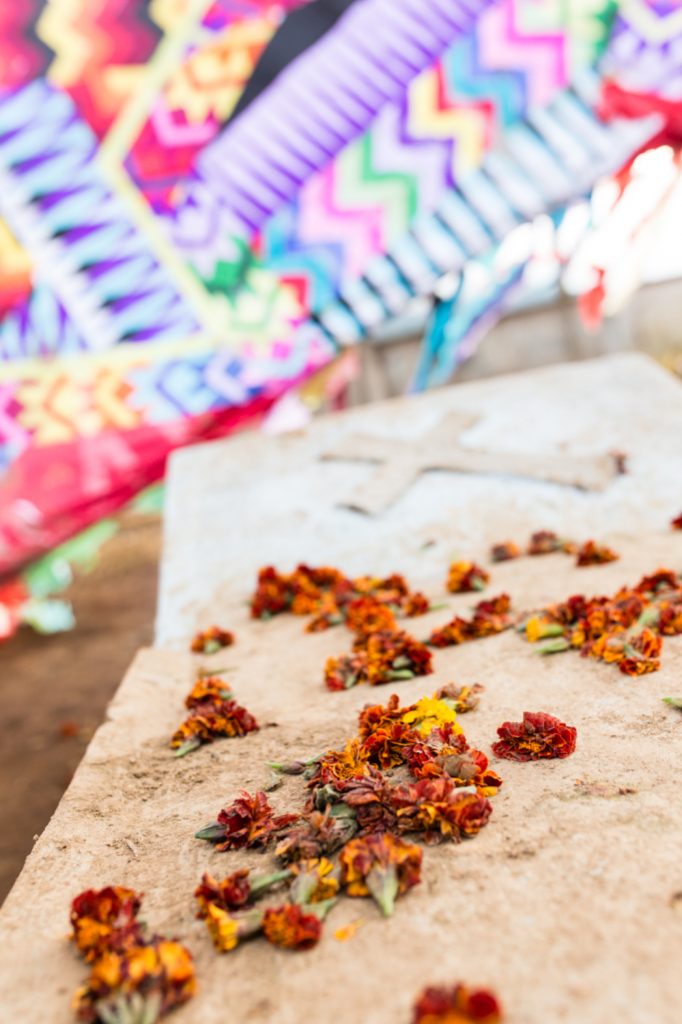 When: December 13th-21st
Where: Chichicastenango

When the town of Chichicastenango celebrates its patron saint, it doesn’t mess around. A week of parades, traditional dances, and fireworks culminates with the palo volador (flying pole dance), for which two men ascend a wooden pole as high as 100 feet, tie ropes around their waists, and then leap off, spinning gradually to the ground. The dance is a ritual Mayan request for rain and fertility of the land. 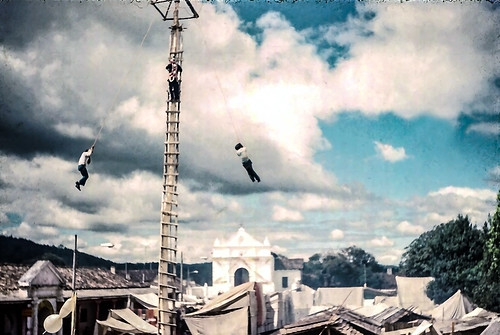 When: February, July, August, and November
Where: all over Guatemala

Surprise! We couldn’t let you go without showing you how OUR students and staff get down! When you travel to Guatemala with us, you get to experience the beautiful traditions of the Mayan people as an honored guest while visiting schools that have one of our four educational programs. Check out just a few of the festive ways that students have greeted volunteers like YOU over the years! 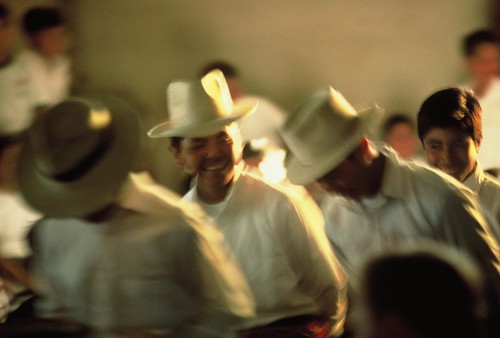 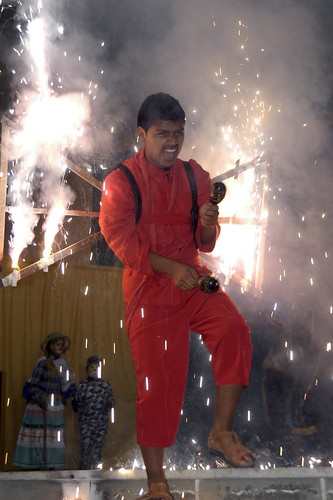 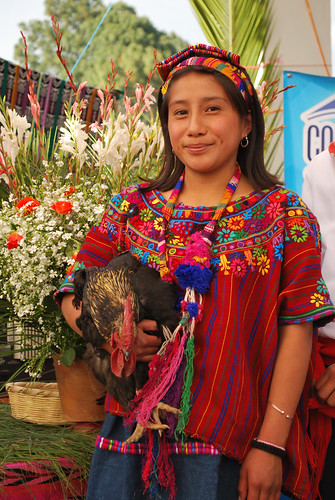 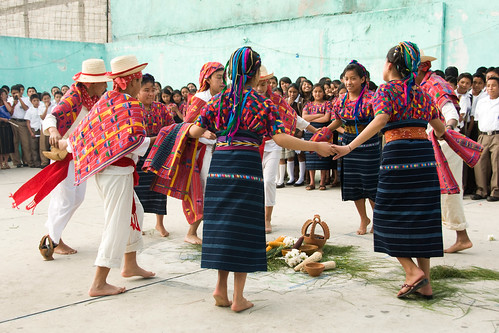 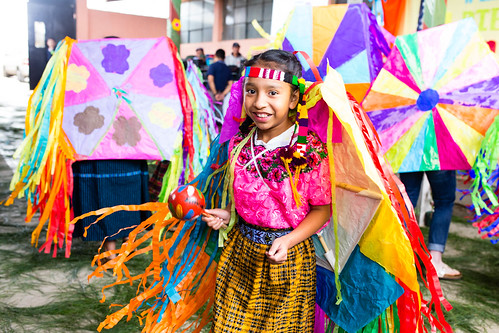 Let us know and we’ll keep you up to date about upcoming tours!