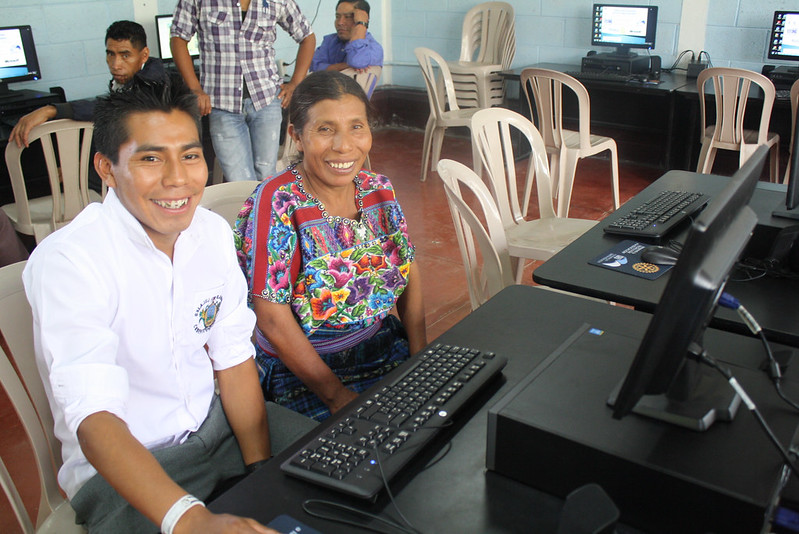 Agustin hard at work showing off his new computer skills while his mother looks on with pride.

Agustin Cutzal Sajbochol is not a typical eighth grader. At 21 years old, he is nearly a decade older than most students in his class at Hacienda Maria Cooperative School. But, as he chats animatedly about the new skills he is learning from the Cooperative for Education (CoEd) Computer Center at his school, the age difference seems to vanish. Agustin is simply another eighth grader, captivated by technology and eager to share his newfound knowledge.

Agustin is the seventh of eight kids in a family that has always struggled financially. His dad, an alcoholic, died when Agustin was just five years old, leaving his mother Francisca—who has never attended a day of school in her life—the sole breadwinner.

Most of his siblings dropped out of school between fourth and seventh grade, and Agustin was no exception. He took a five-year hiatus from school to help earn enough money to pay for his younger brother’s education. He accepted whatever job came his way, from laboring in the corn fields to painting the very school he so desperately wished to attend. His brother graduated from high school last year, finally giving Agustin the chance to return to the classroom. A chance he has no intention of wasting.

“It’s difficult getting back into that routine and remembering all of the material I haven’t studied in years,” Agustin admits, “but I’m committed to continuing my education.” Agustin has always been dedicated to his studies, even when he was out of school. He actually scraped enough money together to buy an old computer so that his younger brother, who was studying at the CoEd center, could teach him at home what he was learning in computer class. “I learned a lot from that, and my knowledge has continued to grow now that I’m back in school.” 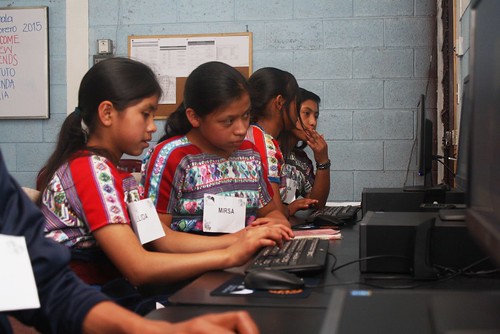 Like Agustin, the principal of Hacienda Maria, Pablo Xinico, recognizes that technology is the key to success. Pablo states, “In our globalized world, technology is a critical part of our students’ educations. They must have technological skills to be competitive in the job market. Our graduates are working in all sorts of jobs thanks to the preparation they received from CoEd’s computer lab.” Agustin echoes his principal’s sentiments, saying, “Nowadays you can only find work if you have computer skills.” His mother agrees, noting, “I want him to become a professional: a teacher or something else—whatever he wants—but I simply want to make sure he has a better life.” 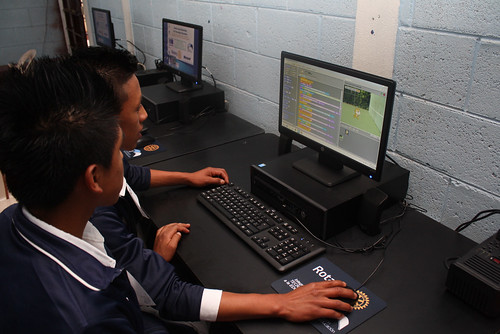 It has taken Agustin a long time to get to this point, but thanks to his hunger to learn and YOUR generosity, Agustin is just getting started. When he is not in school, he is either working or practicing with his soccer team—they have been regional champions eight times. Knowing Agustin’s drive to succeed, this comes as no surprise. With his determination, and the necessary tools, he can truly achieve anything.