Cande Daniela: On the Path to Healing 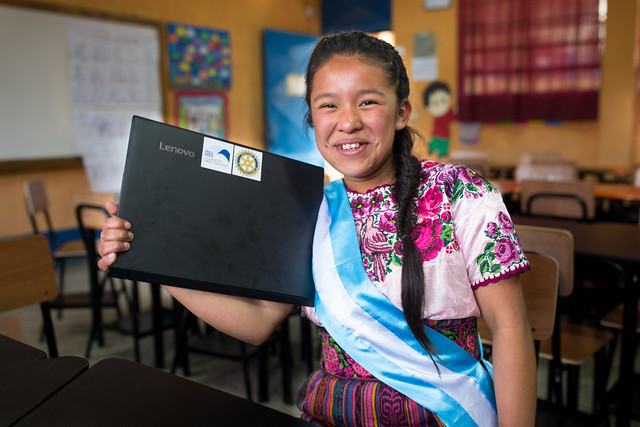 “The computer will be a tool I can use to defend myself against any problems I face.”

Cande dreams of a better future not just for herself, but for others as well: “Where I’m from there are a lot of people who die without the help of a doctor. I want to help those people.”

Cande’s parents are doing all they can to help her and her four siblings reach their dreams, and they know that education is the key. Neither her mother nor her father was able to go to school, and now her father works as a janitor while her mother stays at home. “We long for our kids to study,” she says. “Money for school expenses comes out of our budget for food. We’re also working to start a small business so that we can earn more.” 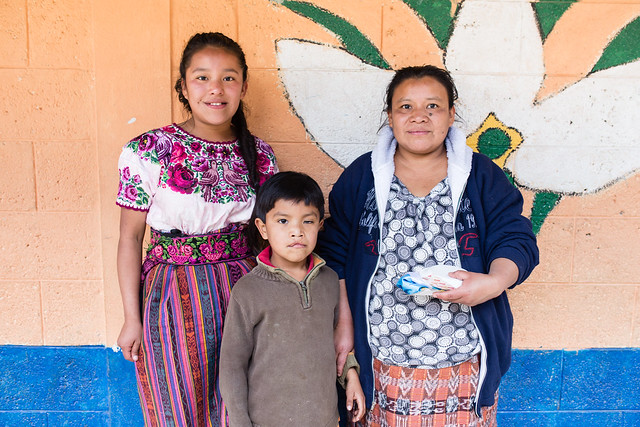 Cande with her mother and brother

Cande, for her part, is taking full advantage of the opportunities that her parents have worked so hard to provide to her. She is at the top of her class this year, an accomplishment symbolized by a bright blue-and-white sash that she humbly slips over her head during school assemblies.

But until recently, Cande’s opportunities were limited in spite of her family’s great sacrifices. Her school, Chitay Las Rosas, is a telesecundaria—a school so remote that it has trouble employing teachers, so the government sends educational content on DVD and VHS for students to watch on an old TV.

But this year, things are changing for Cande and her classmates! Thanks to supporters like you, our incredible Computer Program staff were able to develop a new mobile Computer Center model just to reach schools like Chitay Las Rosas, where it would take too much time and money to build a brick-and-mortar center. Instead, Chitay’s center consists of 40 laptops stored on a secure cart that can be wheeled from classroom to classroom. And just like with the brick-and-mortar model, CoEd staff helped Chitay hire and train a computer teacher! (Say goodbye to those boring VHS tapes, kids.) 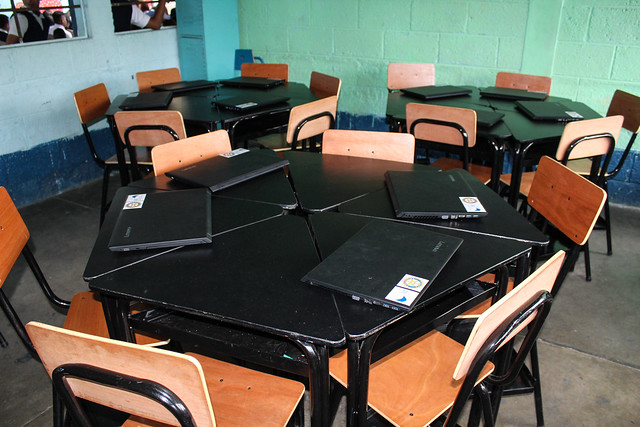 “It’s a beautiful thing to be able to study with computers,” says Cande. “I got really excited when I saw all of the laptops, because I had never touched one. I had seen them, but only on TV. Every day I tell my parents what we are learning. They think it’s excellent for me to have computer class because it will help me so much in the future. The computer will be a tool I can use to defend myself against any problems I face.” 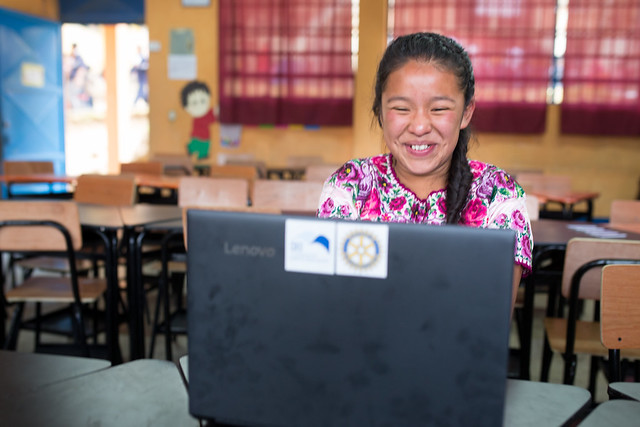 Cande already understands that computers will be a vital tool for problem-solving in her future career, and thanks to the project-based methodology used in CoEd labs, she’ll get plenty of practice. Former Computer Program students have used the computers to perform everything from cost/benefit analyses of crops grown in their town to research for a campaign against underage drinking. With Cande’s intelligence, drive, and positivity, there’s no telling what wonderful things she’ll do with computers during her time in the program and beyond.

One thing’s for sure—she’s now much closer to achieving her dream of providing medical care to the people in her home town. “Thank you so much for giving us this opportunity,” she says. “This is a beginning that we’ll take even further.”

During our interview with Cande, she not only explained how learning with computers will help her achieve her dreams, she also had some pretty kick-butt things to say about girls’ education and equality!

What prevented her parents from studying? Cande told us:

“My mom’s parents didn’t send her to school because…well, in the past they used to say that girls didn’t have the right to study, because they were just going to get married and not work. So they didn’t send girls to school: they gave more opportunities to boys. But I don’t think that’s just. We also have the right to study and fulfill our dreams.”

And when asked to explain how she’ll use the computer as a tool to defend herself against problems, Cande answered:

“We [indigenous women] aren’t often paid attention to or taken into account, but with computer skills we’ll be more respected.”

Cande is right: technological training will help her be more respected both in her rural hometown, where such skills are rare, and in other contexts (like university and the medical field), where she’ll likely have to work twice as hard to prove herself as an indigenous woman. Thanks to her education (made possible through your support!) Cande will change her life, the lives of others, and the attitudes of all who have the privilege of meeting her—a stunningly beautiful, joyful, and wise Mayan woman.