Creating Interest in Our Future

This year marks Cooperative for Education’s 25th anniversary! That’s right—we’ve been working in Guatemala as a bona fide non-profit organization since 1997. And what does everyone do for milestone birthdays and anniversaries? Reflect on what we’ve accomplished in the past (and what horrible fashion trends we were a part of), appreciate where we are now, look ahead to set our future selves up for success, and… celebrate, of course!

In an ever-changing world, how can we ensure that CoEd leaves a lasting, positive impact in Guatemala for generations to come?

This is not a new question for CoEd. In fact, CoEd’s programs were well ahead of their time because we recognized that 1) typical drop-and-go donations do not provide sustainable solutions and 2) it was not for us—from a different culture, different country, different language—to say what people in rural Guatemala needed.

Since creation, each of CoEd’s program models were established by working alongside communities in Guatemala to pinpoint the need and root causes, researching best practices, and focusing on the development of sustainable, scalable, and measurable programs.

Sound great! So, what else is there to do?

We’re so glad you asked. That is exactly what our dear friend Bob Ashley, member of the Summit County CO Rotary Club, and founding donor of CoEd’s Endowment Fund wanted to know too!

An endowment is an investment fund held by non-profits, universities, hospitals, etc. as a long-term funding strategy. By only spending the interest of the principal funds each year, a gift made to an endowment fund will continue to generate interest year after year to support the organization financially.

How We Met Bob 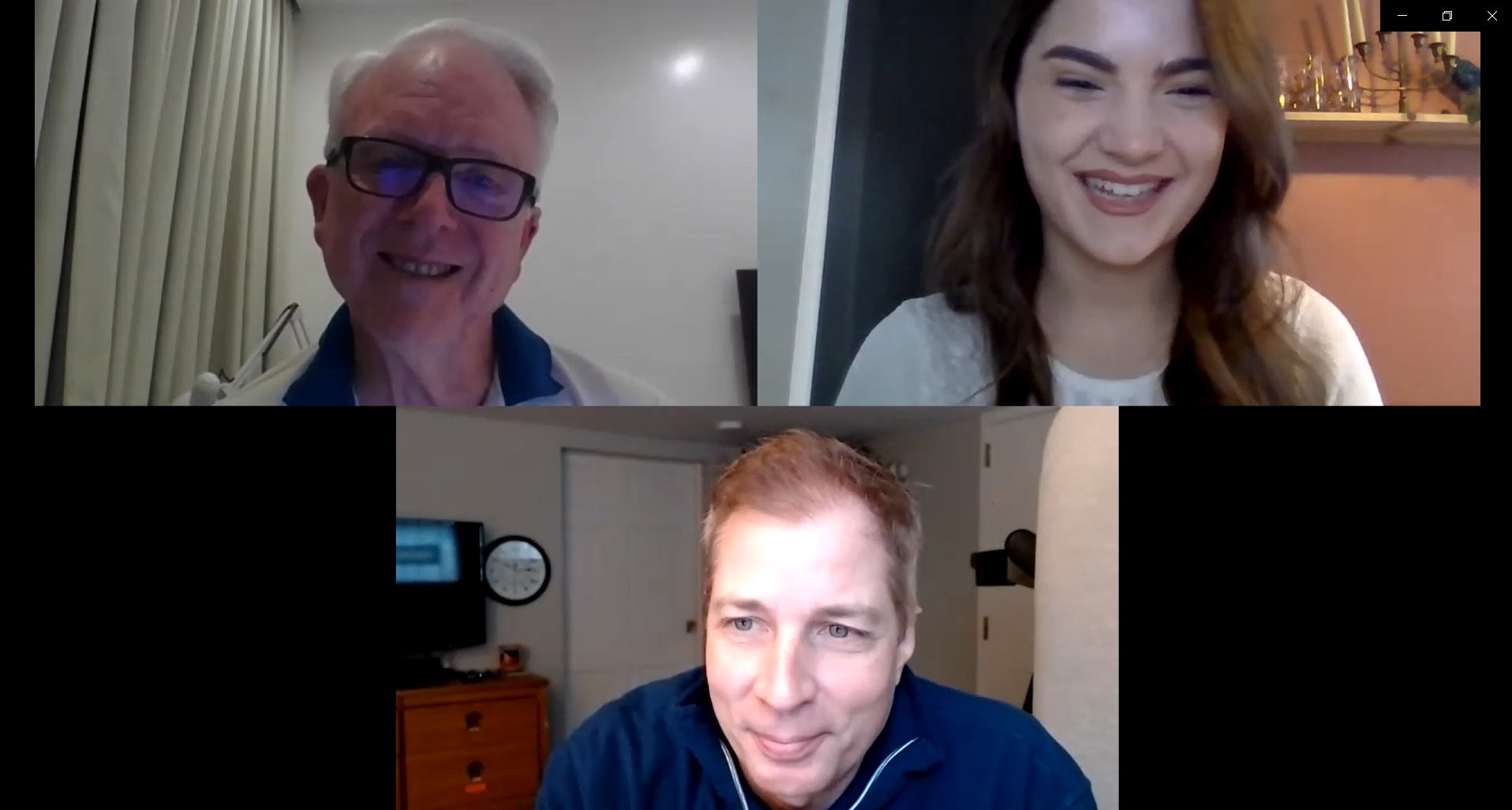 CoEd staff, Joe Berninger and Emily Paver, recently met with Bob over Zoom to learn more about why he chose to give in this way.

Joe: So, we got connected, I’m thinking at least 20 years ago. We had a [rotary] club down in Georgia that had made a contribution of $1,000. And Bob was a District Grants Chairman at that time. He was the guy who made the decision whether the district would match the club donation or not. So we emailed him—we’d never met him before—and asked, ‘This club gave $1,000. Will you give $1,000 to match it?’ And then I was in Guatemala, and he called the office and only Anne Cunningham was there. This was back when Anne Cunningham was our only employee. And she was like, ‘This guy Bob called and he wants to talk to you.’

Bob: I had access to a lot of [Rotary] funds; part of my job was to find good matching grants. As I looked into [CoEd]… it looked like a good organization [that was] using the funds in an appropriate manner… and it went from there.

Joe: Then in real quick continuations, Bob says, ‘Okay, I want to come down and see where my money went right and see the projects.’

Emily: That’s amazing. That’s the power of Rotary! I’ve noticed that even though there are, you know, millions of Rotarians now, it’s still a small world. I run into people all the time. They’re like, ‘Oh, I’m familiar with that project.’, which is really great because that means the communication is always there as Rotarians, it’s really powerful. 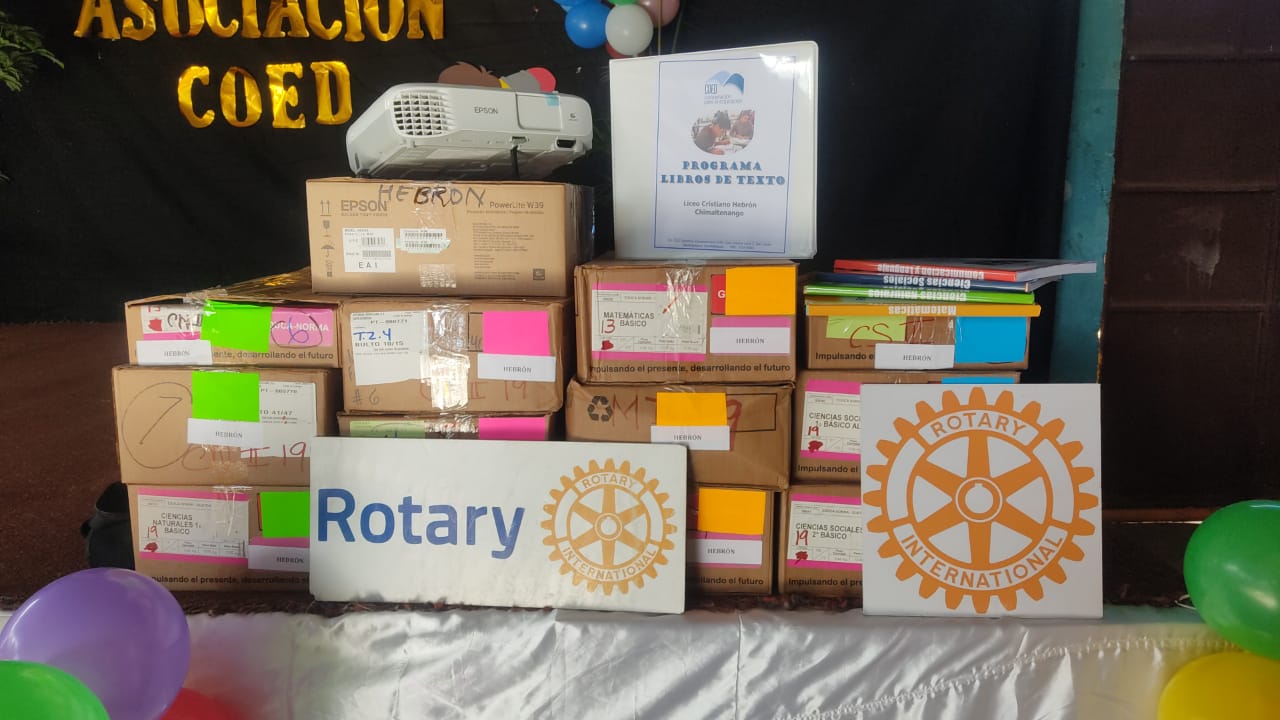 Delivery to a Textbook School in Guatemala in 2006.

Joe: Well, I remember this, I was flying up from Guatemala, I was at the airport when my cell phone rang out of the blue. It was Bob, and you asked me, ‘Do you guys have an endowment?’

Emily: That’s interesting. What led you to be so passionate about setting up endowments, Bob? What do you think really lit that fire inside of you?

Bob: I think you’ve either got that fire as you described it or not. I’m a retired dentist, but I’m also a bit of a businessman. And the idea of compound interest is very appealing. If you asked Warren Buffet for one magic word, he’s [going] to tell you ‘compound interest.’ That’s how he got to be a billionaire. Put money in somewhere and leave it for an extended period of time. And you can wind up with a really large return. That’s why setting up [the endowment in] the way we did was important to me… Let the principal keep working for you. 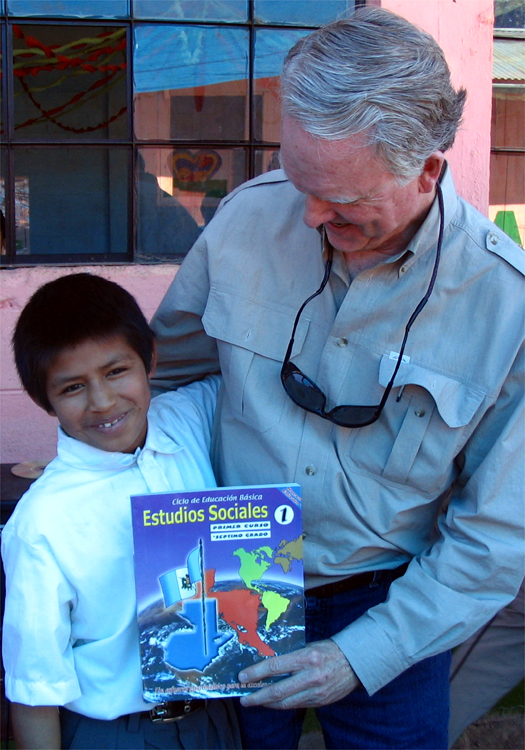 [CoEd] might very well be the best managed nonprofit of any nonprofits that I know of… I’ve worked with a lot of them. I’ve researched a lot of them. I know that that money is going to be well spent and well managed. Which is a great opportunity. Because… that’s very difficult to do on your own.

Emily: It’s music to our ears to hear the opinion that you hold for our organization, Bob.

Joe: And I think too, as Rotarians, that’s the great benefit of an organization that’s been around for 25 years, that’s been vetted by people like yourself and other clubs to see that.

Emily: Bob, I know that you’ve traveled all over but of your trips that you’ve taken to Guatemala, what have been your biggest takeaways from the country of Guatemala throughout your travels?

Bob: Well, you know, Guatemala is a developing country. [People are] just so beaten down by poverty day to day that it is hard to survive. And if there is a way out, it’s education… It takes long-term programs to make any difference at all. And it’s very hard to find those programs…sometimes [programs] are built around people and their egos…but you have to build around a mission.

Joe: I love asking people who’ve traveled with us on a trip to Guatemala, if they have any favorite story they like to share about maybe someone that they’ve met, or just an experience that they had that was memorable. I’d love to hear one of yours because you’ve traveled the world.

Bob: I remember very much enjoying being on the bus, sitting in the back with Joe, telling stories about our lives…I don’t remember how many trips I made to Guatemala, but on one of the trips…we went to one of the [program] schools. And Joe said, ‘Okay, this is the computer lab that your grant paid for.’ [It was a] computer lab…I forget the name, but there was a plaque up there, with the rotary wheel and all that. And I was like, ‘Wow, okay, I didn’t realize I was going to actually see the product, the actual projects, because, as you know, [our group was from] all around the country. We’ve seen a lot of different [projects]… And I still remember that room and what it looked like.

You know, something I always thought about when I first started interacting with the GLP (Guatemala Literacy Project). And in fact, when I called up and talked to Joe those first times, I would ask real direct questions like, ‘Well, how long have you been doing this? Why do you do it?’ You know, and I was trying to figure out…is this guy the real deal? And I remember that. It turned out [it was started by brothers] Joe and Jeff. And I don’t remember which was which, but one of them had worked, was working for IBM.

Bob: And the other one was working for Procter and Gamble. And back then those were probably the two biggest names. You know, IBM and P&G only hired the cream of the crop back in those days, they had to pick a litter. And [Joe and Jeff] had both given up their careers in the two most promising companies you could imagine. And started the GLP. So I thought that’s something, you know, when you are willing to do that. That’s pretty impressive. 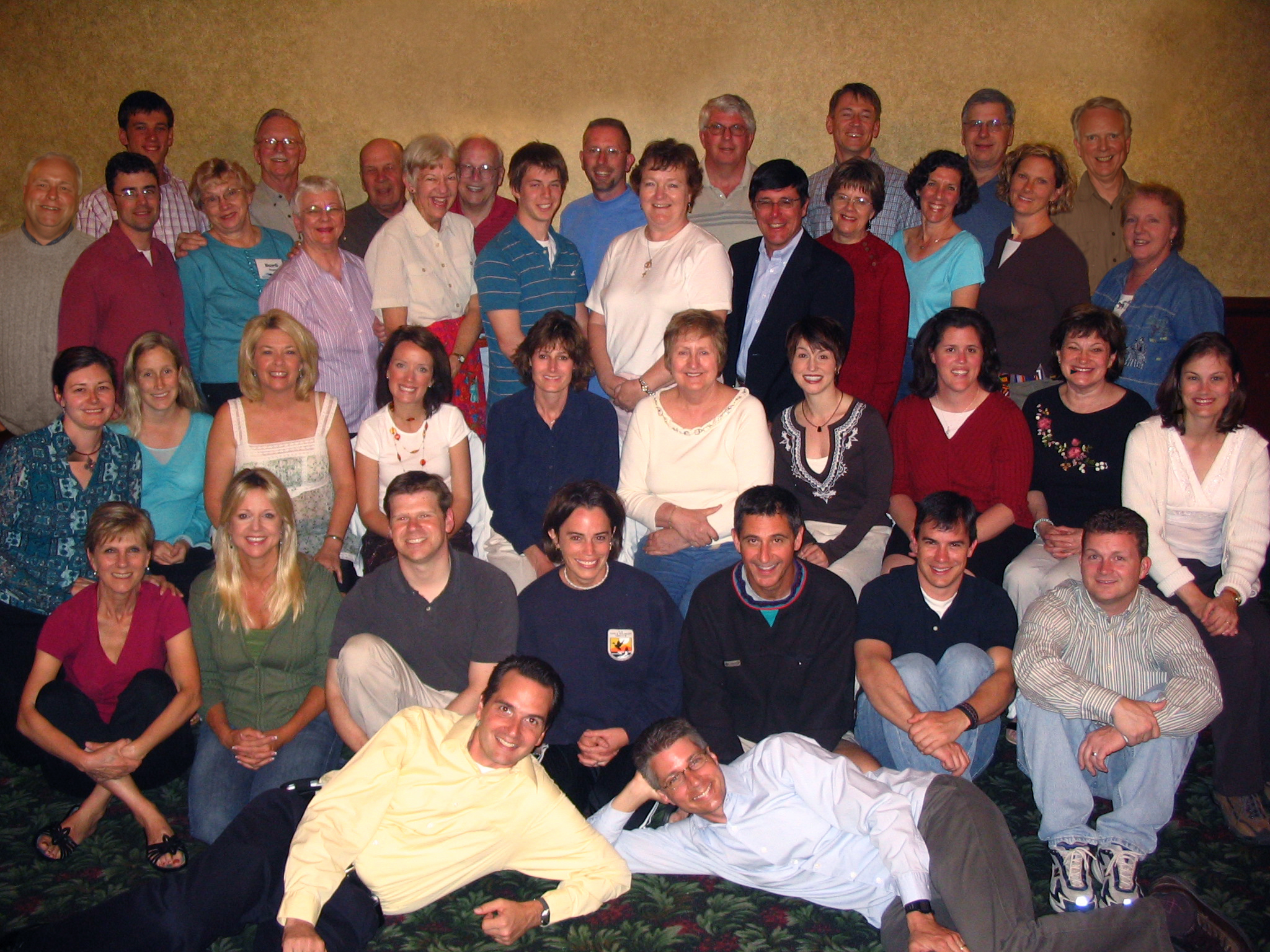 Spot any other familiar faces?

Emily: I only have one question left for Bob. And this is related to your support of the GLP, Bob, but also just, your view on life. What do you hope your legacy will be?

Bob: You know, I don’t think I have a legacy. Everybody has their own philosophy about life…I just think we’re all put here on earth to learn certain things and I just hope that I’ve learned a little bit of what I’m supposed to have learned.

Emily: I love that. I think that’s really poignant and powerful. I want to be respectful of your time, Bob, since it must be getting late for you. What time is it there?

Emily: Cool, well this has been a great discussion. We’re really thankful for your advice, for your expertise, and for your support.

Joe: I think you’ve given us a lot of initiative, for us to always do better, right, we just always want to do better. And we wouldn’t probably be where we are with the GLP without your support.

Bob: Well, thank you…when it’s all said and done, and all the chips are in the rotary, it will go down as one of the greatest philanthropic organizations of all time. 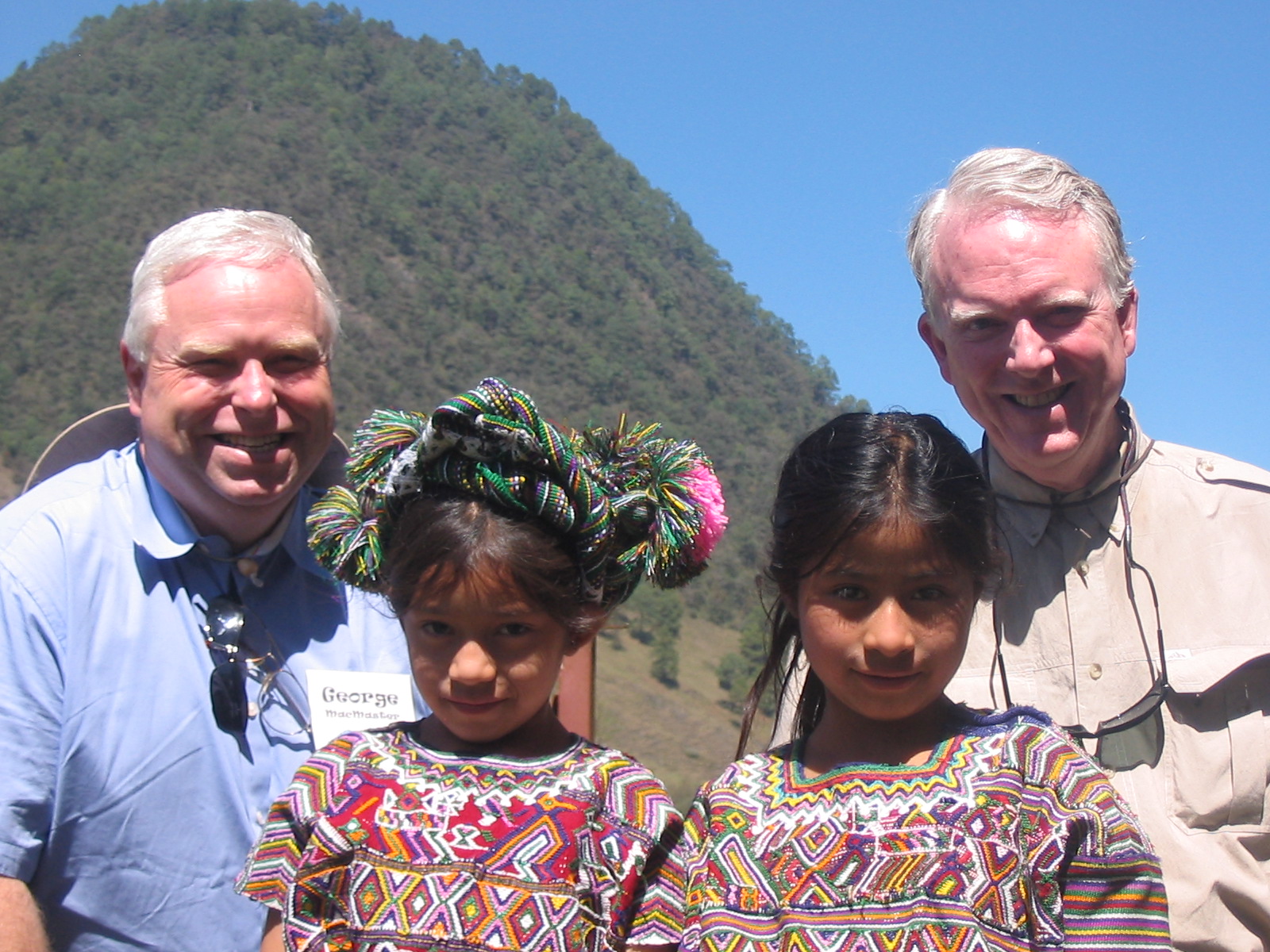 George MacMaster and Bob Ashley with two students on the 2006 CoEd Tour.

We give a huge thanks to Bob Ashley for providing expertise and funding to kick-start CoEd’s Endowment Fund! We also thank those of you who have joined in so far to support education in Guatemala for long into the future.

For more information on how to transform lives every year in perpetuity: