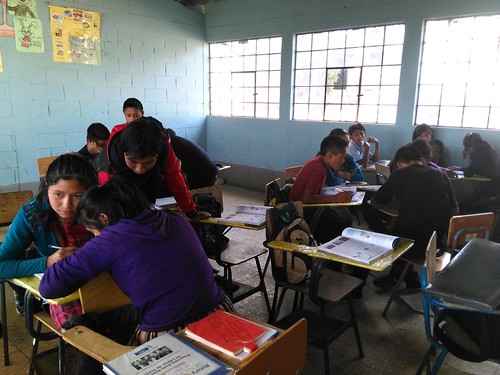 Mario Yac, one of the Textbook Program’s fearless leaders, shares some valuable insight regarding one of the schools that entered the program this year. We visited Maria del Carmen on the February Snapshot tour, and the best word to describe the school would be… timid. The community as a whole was very shy and it was hard to get parents and students to participate in the inauguration ceremony. Knowing that cultural background makes Mario’s recent observations at the school incredibly interesting…

Before CoEd came to Maria del Carmen, the students were so timid; the teachers would ask questions and no one would respond. I spoke with the teachers regarding this and everyone agreed that it was because the majority of students speak the indigenous language of Quiché and so it was difficult for them to express themselves in Spanish. I wasn’t convinced. 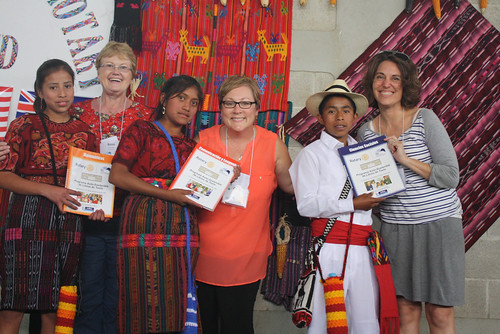 Students received first ever textbooks during the program inauguration in February.

I just observed a Social Studies class where the teacher applied the CoEd methodologies he has been learning over the past several months to small group work, and what do you think happened? The students weren’t just staring back at a teacher asking questions in Spanish, or passively copying down what the teacher was dictating. Instead, they were actively trying to answer questions about social phenomenons, and they were discussing in Quiché [the Mayan language spoken locally]. They were assimilating the question to their first language in order to analyze it, and then translating it back into Spanish to give their answer to the class. The language barrier was never the reason for the students’ timid behavior; it was the lack of engagement in the classroom.

The CoEd strategies we teach vanquish the students’ shyness. I know that it will be a long process and a big change, but I am thrilled that we are on the right path. Without CoEd, these students would never have had a class full of participation and discussion; it is likely that they would only have heard the teacher lecturing, or worse, they would only be copying from the chalkboard, without analysis and without discussion. 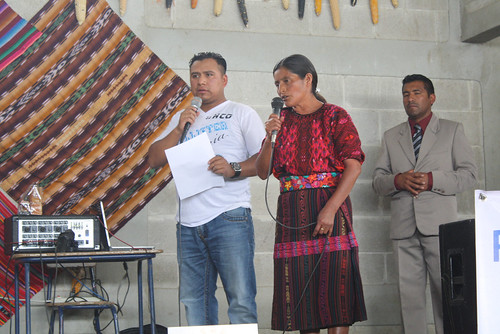 A mother in the community’s speech was translated from Quiche into Spanish and then into English. What an experience!

We have a lot to do, but we are on the right path.