The following post was written by CoEd supporter and tour veteran, Lilly Gieseke. 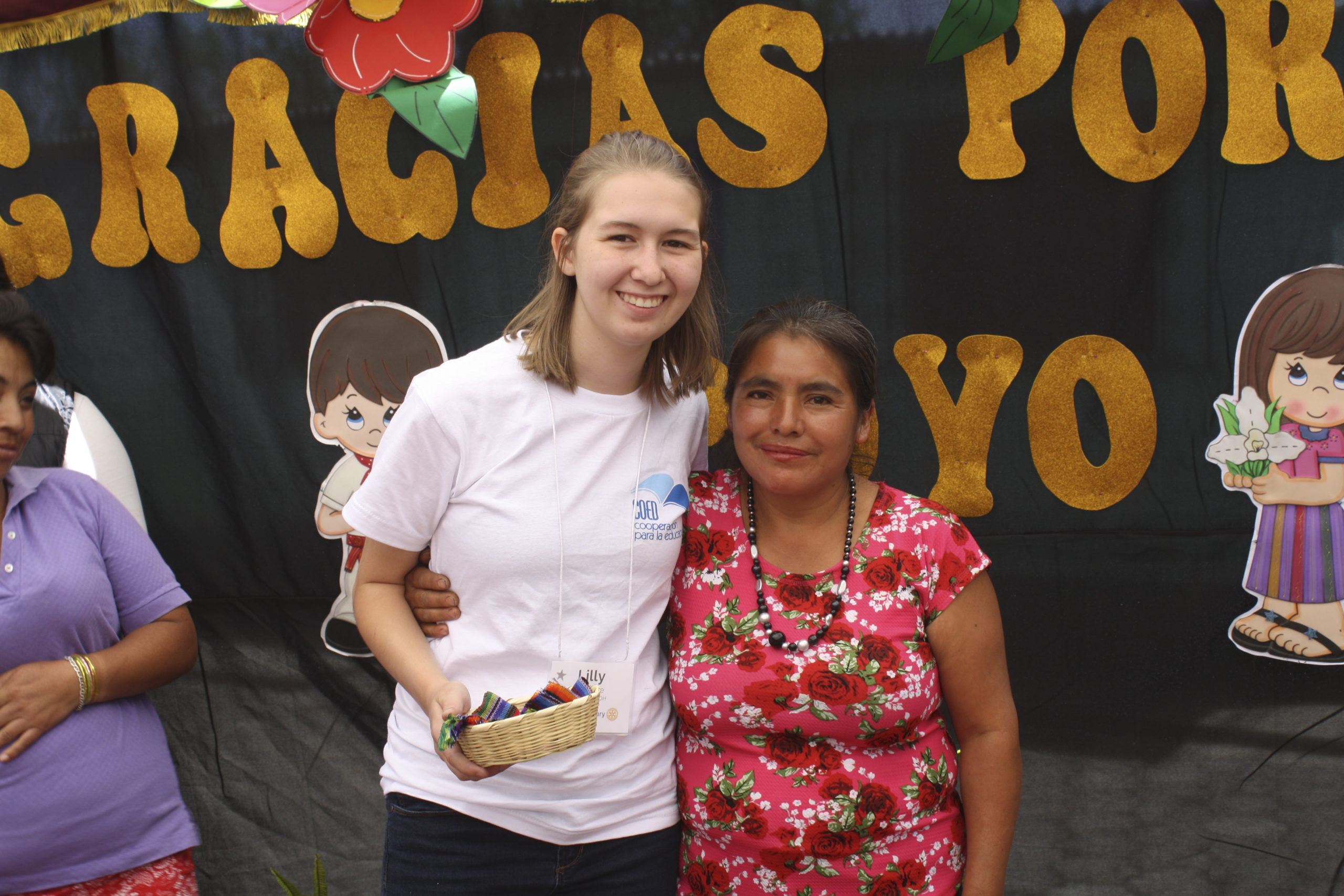 I wanted to tell you all about the Helping Hands Tour, during which you stay at one school for the entire week, painting it and getting to know the people there. This is mixed with a healthy balance of sightseeing and exploring the city of Antigua. Quite frankly, I doubt that any other tour could top the experiences I’ve had on this one. 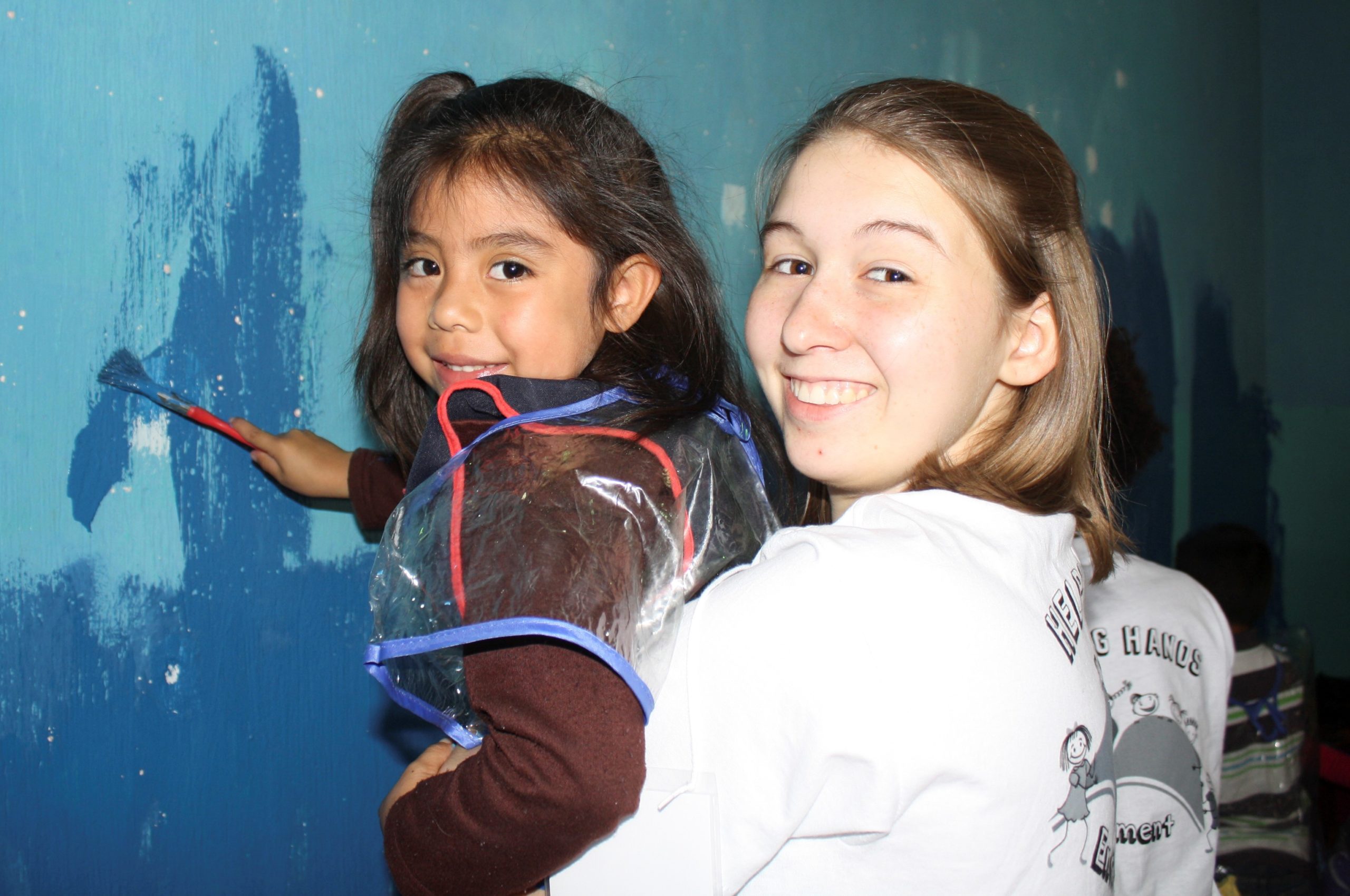 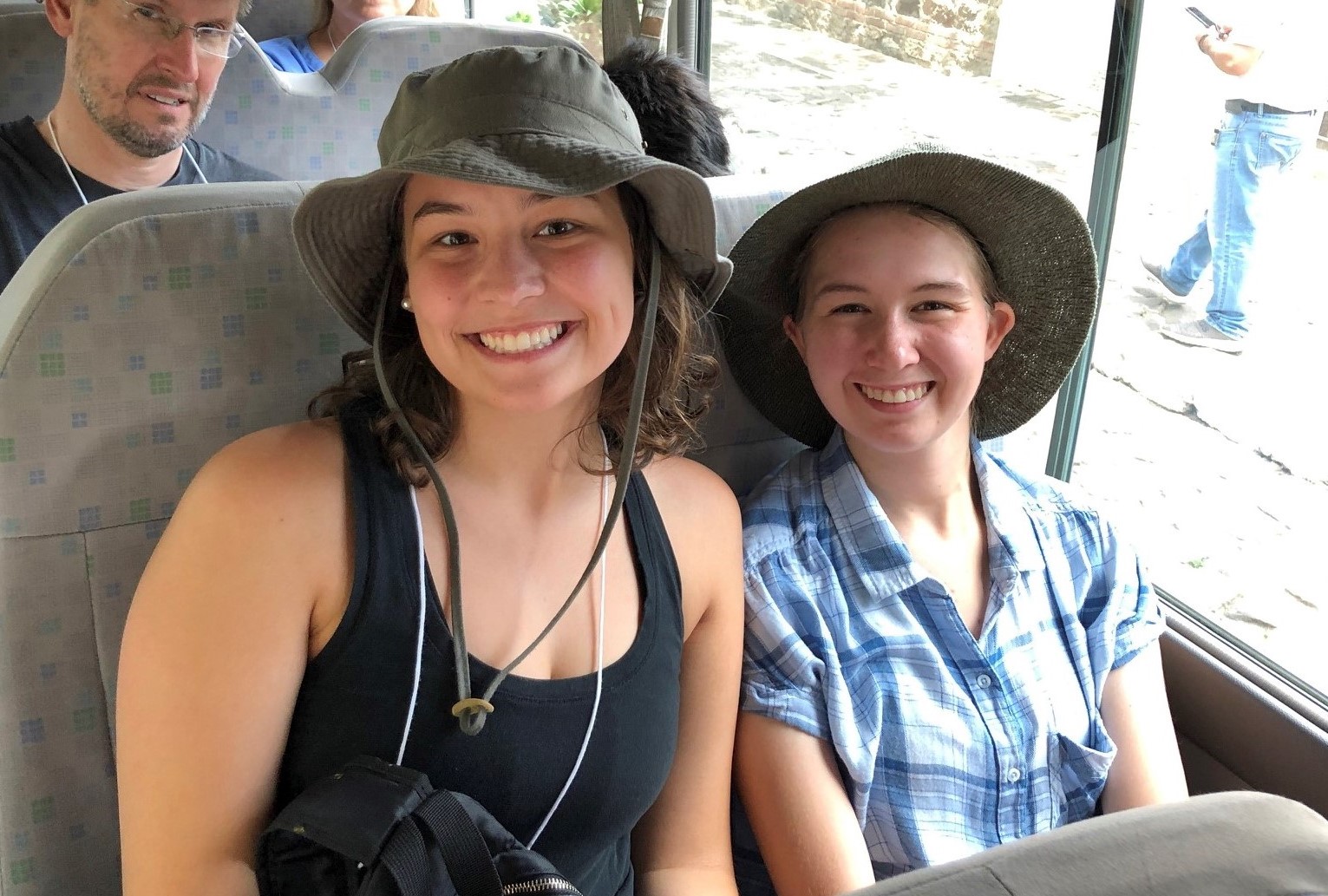 The main focus of this tour is painting schools. I’ve heard people describe painting the schools as organized chaos, which is entirely true. I don’t know what else you would expect when you give a bunch of elementary school students paintbrushes. For me and most other people who shirk their duties to hang out with the students, it’s extremely fun. The kids are young enough that they still think teenagers and grown ups are cool and they’re nice enough that they help you out when your Spanish skills are lacking. We play tag and soccer and during snack time we sit around and talk.

When Chris, a particularly charismatic and tall man, was on the tour, we played a game called “What Time Is It, Mr. Wolf”, where all the students would walk up to him before he turned around and chased him. Some kids would run away screaming, others would try and tackle him, all had huge smiles on their faces the entire time. He spoke little to no Spanish, but he was the favorite of everyone at the school, because he found a way to connect without language ― through fun. 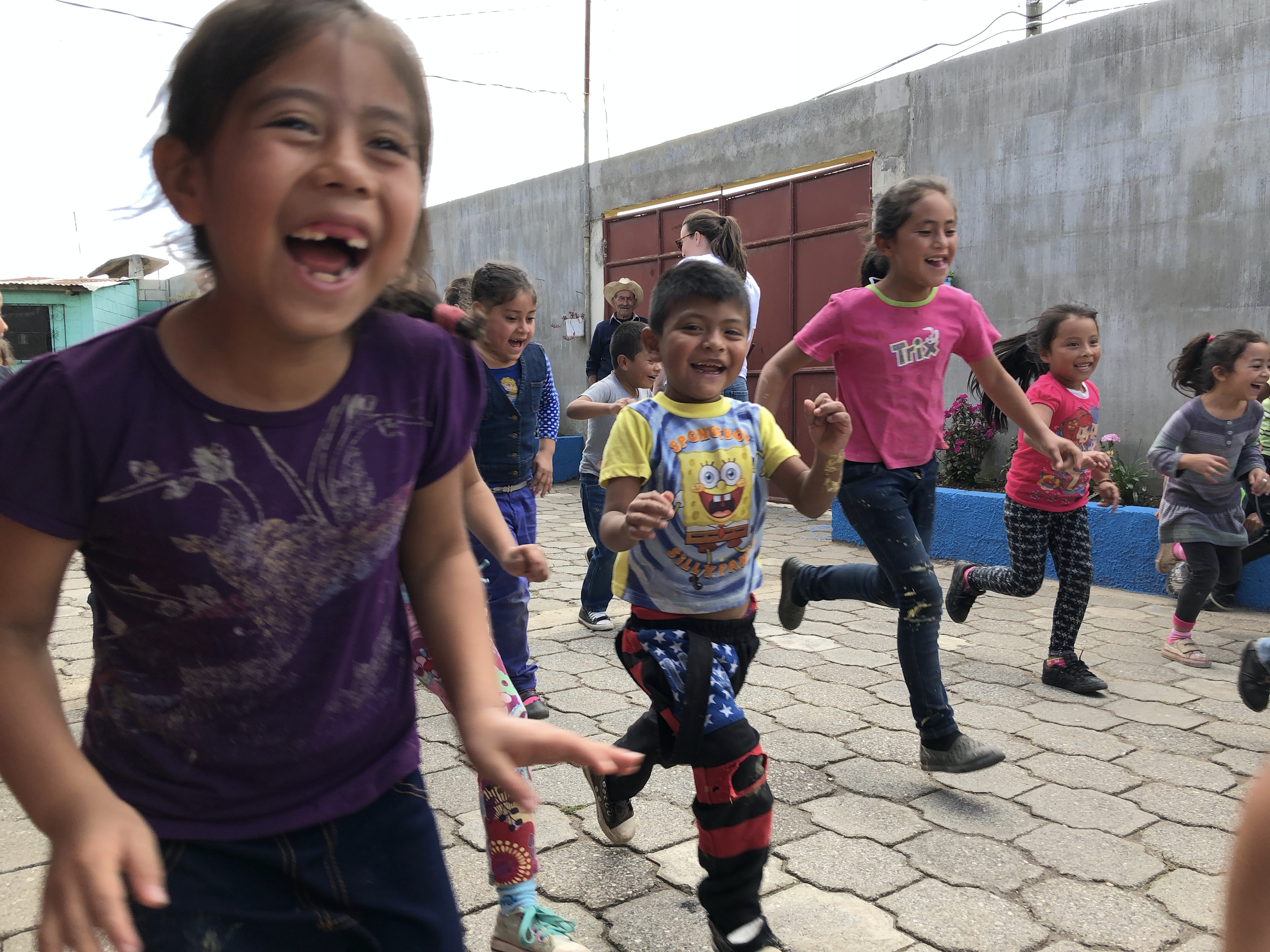 An intense game of Mr. Wolf, or Señor Lobo

One of my favorite memories in Guatemala was actually on the trip home. I was in the airport with my little sister and her friend, and we were going from store to store, killing time and trying to spend our remaining Quetzales. We would run into a store, they’d grab candy and snacks, and I would complete the transaction in Spanish. Organized chaos. We finally got to the last stall, and the lady running it asked a question in Spanish. When I answered it, she was genuinely surprised. As my sister and her friend rooted around, I sat down and we had a conversation.

The reason this memory sticks in my mind is because it wasn’t planned. I had gone to a school with CoEd and made connections with the students, but there was a blueprint for that. There were people who spoke more Spanish than me to translate, and we had days to get to know each other. But when I walked away from that stall after having a conversation with a woman I’d never met in a language I didn’t entirely understand, I understood why we went to Guatemala in the first place. Not to paint schools or go sightseeing, but to meet new people and learn what we have in common. I didn’t notice that I was learning this skill, but it was apparent that I had gained it. 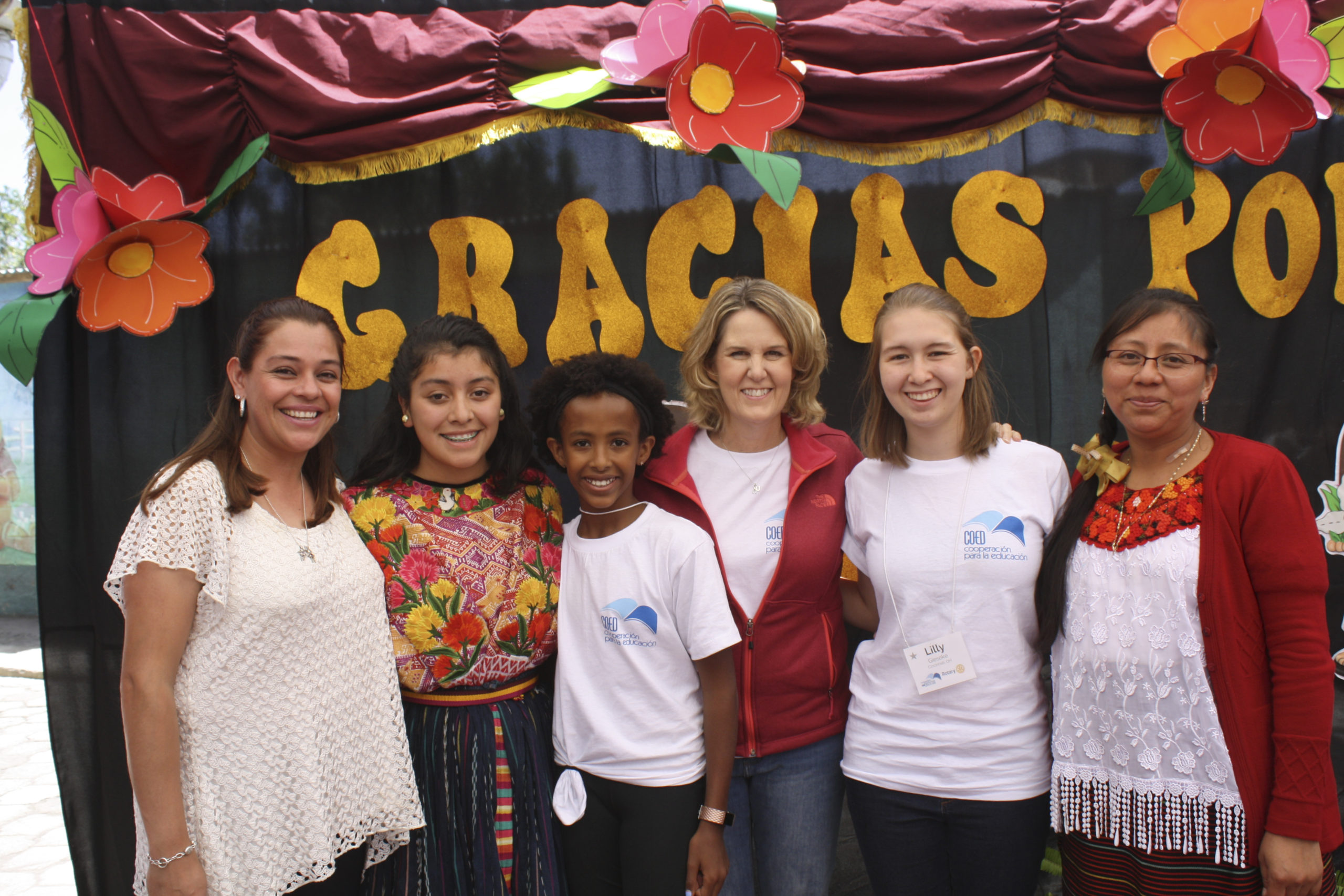 There is something to be said about being immersed in another culture, but whether it’s about empathy or open mindedness or something else entirely, I can’t say. What I do know is that I’m more comfortable with new people and new situations than I would be otherwise. At the very least, I know that it’s possible to paint a school in less than a week.

Lilly is a rising sophomore at Fordham University in New York City and we are so proud of all she has accomplished so far!