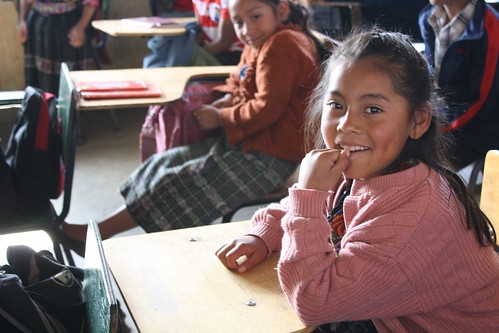 The 2014 GLP tour has officially come to an end (sad-town), but the students and schools that we visited will not soon be forgotten (nor the delightful weather we enjoyed… #PolarVortexRespite). One community in particular stands out as a true champion when it comes to implementing CoEd’s programs and vision–Las Camelias. You see, in CoEd’s strategic plan, we decided to focus on specific “micro regions” in Guatemala in order  to layer our various programs for a more profound impact. Turns out, it works!

Las Camelias middle school joined the textbook program in 2004, and has proven time and again that they are invested in education; they are even renewing their textbooks for the second time in 2014 (sustainable much?!). Given their success with the textbook program, they were prime candidates for the CORP program as well. We traveled to Las Camelias on tour to inaugurate the CORP program, PAR-TAY, and celebrate their achievements thus far. 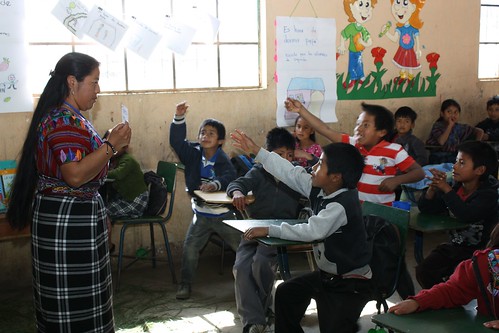 The teachers at Las Camelias have remarked that students who used to be bored and uninterested are now jumping out of their chairs to answer questions!

It is evident that the students in the CORP program are transforming into engaged and enthusiastic learners. The teachers are astounded at the changes they’ve witnessed in just one year (they started teaching the CORP methodology in 2013). Second grade teacher Vilma Gladys Chicol states, “I have taught for 20 years, but it wasn’t until I completed CORP training and started implementing these changes in my classroom that I saw an incredible turn around in my students’ performance and attitudes.” 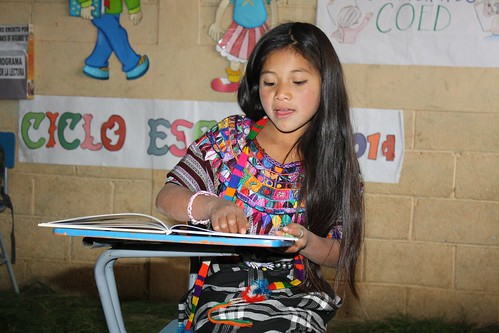 Thanks to CORP, Lesvia has gained self-confidence and public speaking skills. She even won a school-wide speech contest, AS A FIRST GRADER.

The most incredible part of Las Camelias is just how many people have been involved in helping this community prosper. Miracles in Action partnered with CoEd to bring the CORP program to the primary school, and five of the classrooms were sponsored by those who attended Fall Fiesta 2013 (Did you hold up your bid paddle during the final appeal? Then YOU are responsible for the incredible strides this community is making).  Not to mention some of the other CORP classroom sponsors who were actually on tour and got to visit the school in person. Neat-o! 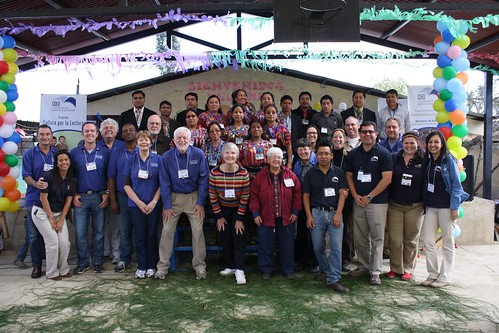 The crew visiting Las Camelias on the 2014 GLP tour with many of the teachers.

If you weren’t one of the lucky sponsors on tour, check out this short video from Rony. He captures the essence of Las Camelias very well–a committed community fulfilling their potential thanks to donors like YOU.