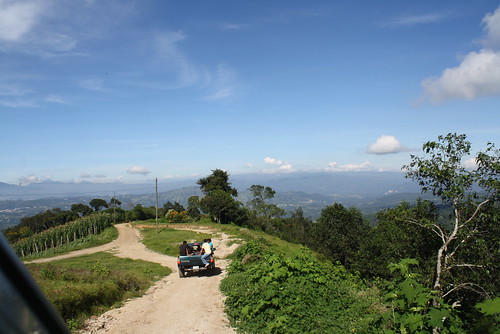 If you’ve been on a CoEd Project Tour this view might look familiar. On the way to the High School scholarship students’ community service project, I almost felt like I was on a tour with CoEd supporters…headed through gorgeous mountains with a group of generous people to a rural school where we’d meet and play with adorable kids.  In fact, it was remarkably similar, except that the scholarship students traveled just down the road, while tour participants come from far and wide to make it to Guatemala. 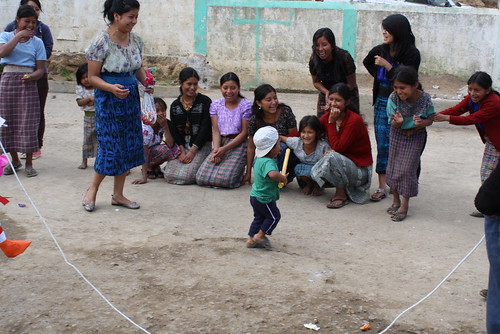 Also, there was no ceremony, no national anthem – just a lot of games.  The High School Scholarship Student Board had everything organized and planned out, and a different student took responsibility for each activity (tour job assignments, anyone?), leading the younger kids through games like red light, green light and telephone. The local kids had a blast, except for the brief scare when a confused toddler—who didn’t quite understand the concept of a piñata—ran into the crowd swinging the bat wildly instead of hitting the target. 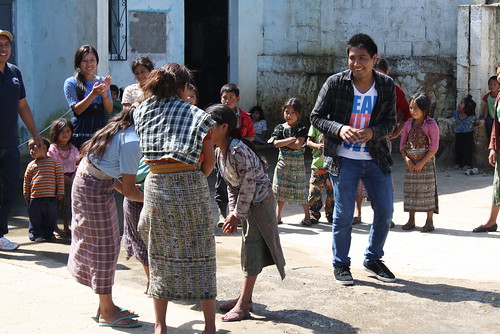 Edwin, the President of the Student Board, just graduated as a teacher, and his natural ability with kids was evident as he led everyone through the event.  With his poise, confidence, giant grin, and positive energy, you might never guess that he’s an orphan raised by his siblings and has had to struggle through every step of his education to get where he is today.  His experiences made him an inspiring role model for the children at this school, where only one student had stuck it out until 6th grade.  Edwin is sure to be a great role model and confidante for his own students in future years as well, and he already volunteers his time regularly as a youth group leader at his church. 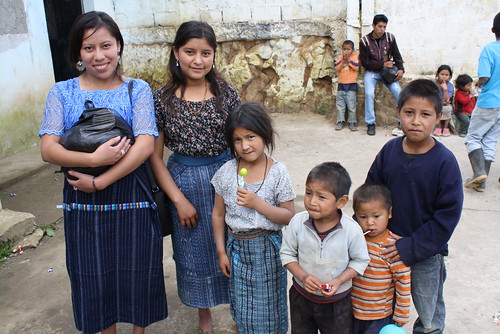 At the end, each scholarship student accompanied a group of siblings to their family’s home to deliver the package of basic food stuffs they’d fundraised for, purchased, and put together.  The gift was much more meaningful for both parties because they’d already gotten a chance to know each other and made personal connections during the fun and games – just as we see that CoEd’s programs are better understood and appreciated when they’re inaugurated with a group of gringos. 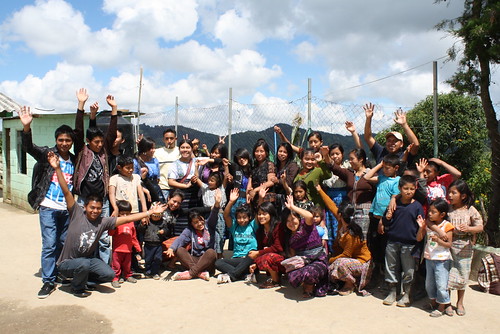 Anyone else think we should try to get Edwin to help CoEd as a member of our Tour planning team?