As you may have heard, we recently returned from the Guatemala Literacy Project tour with Rotary International volunteers (check out the top ten tour highlights in our recent blog post!). Every tour gets to experience program inaugurations, CORP demonstrations and other hilarious CoEd hijinks (hang out with CoEd Co-Founder and Executive Director Joe Berninger for five minutes and you will know what we mean), but something extra special has happened in recent tour seasons. More and more Textbook Program re-dedications are on the itinerary. What is a “re-dedication”, you ask? Well, let us tell you because, quite frankly, it’s kind of a big deal. 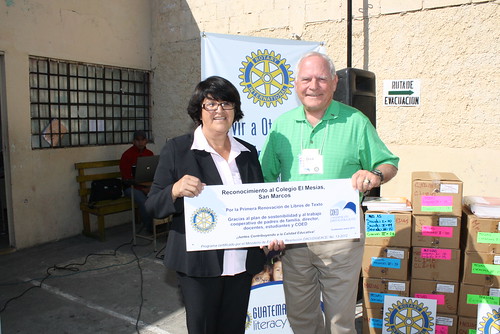 In a nutshell, a re-dedication is recognition after approximately five years in CoEd’s Textbook Program when the school has saved up enough money to purchase all new textbooks on their own! That’s pretty exciting. The best part about the process?It is the community itself who makes this all possible. CoEd sponsors and foundations helped provide the original textbooks, but this time around, it is the parents who deserve all of the recognition. After all, they are the ones who pay the fees each year to save up for these new books.

Without further ado, here are three reasons why these re-dedications are kind of a big deal:

1. They celebrate this amazing milestone with each community.

2. It reinforces how others beyond their community care about the success and education of their children.

3. It showcases to you how the sustainability component of CoEd’s programs actually works!

As we mentioned above, Dick and Helen Anderson were the original sponsors for the Textbook Program at Colegio Mesías. They traveled to Guatemala for the initial inauguration and book delivery in 2008, and had a chance to return to see the school use their own revolving fund savings to buy a brand spanking new set of textbooks. Below are some photos from that special day: 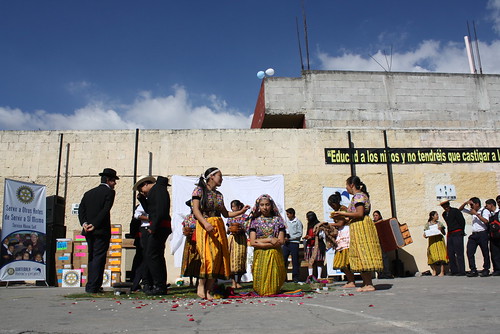 Students performing the “Dance of the Bride”. Their enthusiasm and school pride were truly amazing. Their dance moves weren’t half bad either. 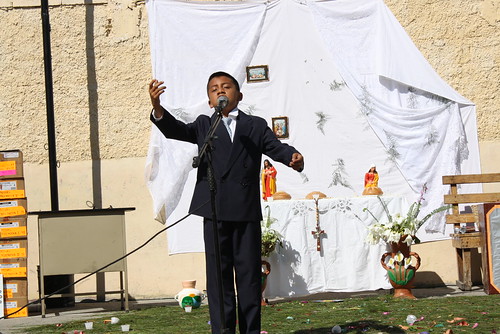 This mini-Pavarotti actually sang opera during the ceremony. Needless to say, we were impressed. 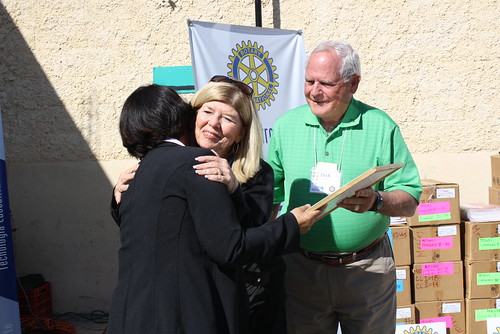 A touching moment between the Andersons and the school’s director, Maria Orozco de Juárez.

The school’s director, Maria Orozco de Juárez, made it a point to tell us that “despite our limitations here, we have found it is a beautiful thing to have a book.” 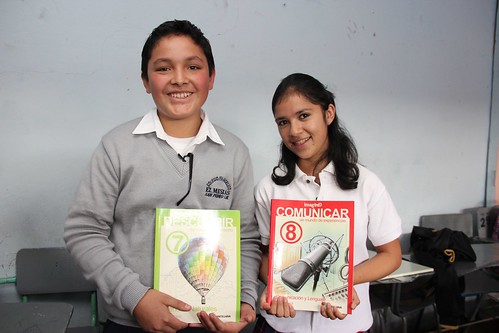 Frankly, a book is the most beautiful thing we can think of, and it is most definitely a very big deal.

The sustainability of CoEd programs means your resources are not wasted. See the 2012 Annual Report for proof.