Pulled from the archives of 2011—we want you to meet Velska and hear her story. She’s a shining star at CoEd and her story deserves to be told for all the hope it can give and the way it inspires overcoming obstacles. 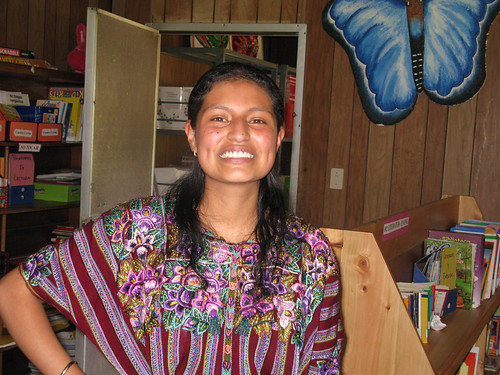 “Ever since I was a child, I wanted to become a teacher,” she says. But in light of the fact that she was born in a country where indigenous women face discrimination, violence, and economic hardship, her dreams were anything but modest.

Besides growing up poor in an indigenous Kaqchiquel home, she faced other challenges as well. Velska’s parents separated when she was 10, tearing apart the fabric of her once close-knit family.

“It was so difficult psychologically, economically, and physically,” she shares. “My mom left my dad because he was an alcoholic and abusive. He did not help us out financially, either.” Those were difficult times, Velska remembers, “but I am proud of myself because in spite of all the problems, I remained a positive person and moved forward. I had faith in myself that I could do whatever I wanted to do.” 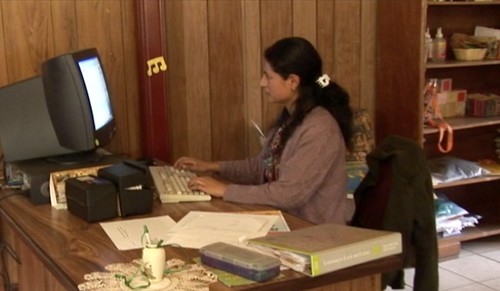 Velska, the eldest of five siblings, knew her mother could not make enough money in her own low-paying teaching job to keep her daughter in school. So Velska took a job caring for people’s children in the mornings, went to school in the afternoons, and worked in a hardware store on weekends to pay her own tuition. Velska’s weeks were exhausting, and sometimes she wondered if it was worth it. She loved her studies though, and enjoyed learning with CoEd textbooks. But it was her experience with the CoEd Computer Center at her school that strengthened Velska’s resolve to follow her childhood dream of becoming a teacher, with one slight twist: she would become a computer teacher.

“I had never touched a computer before CoEd put a lab in my middle school,” Velska comments. “The program inspired me to graduate and pursue the career I’ve always wanted.” Velska encountered new obstacles on her path to becoming a computer instructor. She experienced discrimination and harassment in her high school classrooms. 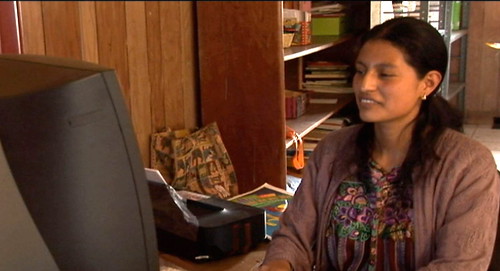 “I was the only indigenous girl in my class [of 52 students],” Velska notes. “There were only three other girls, but they ignored me. I was made fun of, even by my teachers,” she recalls without rancor. “But I didn’t let it bother me. I was there to learn, and that’s what I did.”

Against all odds, Velska graduated. And she knows she couldn’t have done it alone. “Without help from CoEd, my life would be so different,” Velska muses. “All of my classmates say what a difference the books and computers made for us.”

Soon after graduation, Velska approached her former CoEd Computer Center teacher, Silvio about employment opportunities with the organization. Impressed by her gumption, Silvio arranged a temporary assignment for Velska at the El Tejar lab, about an hour’s bus ride from Patzún. Velska managed to win over her supervisor, the faculty, parents, and most importantly, her students.

Silvio wants to hire Velksa full-time. He may have to wait though, as she has plans to enter San Carlos University next year. Velska wants to hone her skills and continue to pursue her dual passions, teaching and computers.

“My dreams for my future are to work, study at the university level, graduate, achieve economic stability, help my siblings and my mom, and just continue moving forward,” she states matter-of-factly. By no means are Velska’s aspirations modest. But she has proven that they are now well within reach.

Velska has come full circle. Once an eager and dedicated student, she is now a skilled and knowledgeable teacher, who will help many indigenous young people—just like her—use education and technology as a bridge to a better life.