On Sponsors and Students: “You Are Important to Me”

When Rebecca Wilks went on her first CoEd tour in 2007, she never imagined that she and her husband Marco would end up changing a young person’s life—and being changed by her in return. But as she ate lunch with a friend and the two Scholarship Program students that her friend was sponsoring, she knew she had to become a sponsor too: “I was so impressed with these two, and with the program in general, that I persuaded my husband that we should participate.”

A short while later, Rebecca and Marco met Florentina Taquez (Flor) for the first time. “She was twelve and painfully quiet, yet she had a steadfast determination,” Rebecca wrote in a blog post about their relationship with Flor. 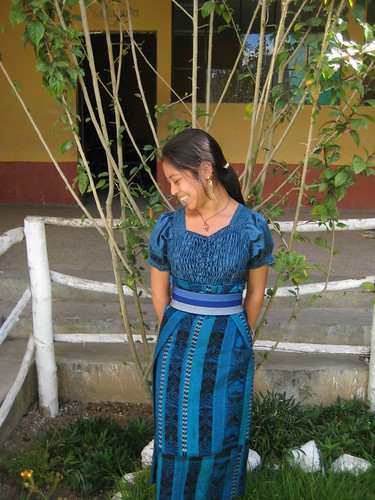 Flor, soon after she began the program

Since that first visit, Rebecca and Marco have traveled back to Guatemala to see Flor (and do other awesome tour stuff) seven times. As Flor has worked hard to complete her middle and high school education, they’ve watched her grow from a beautiful, bashful girl to a mature, confident, lovely young woman. 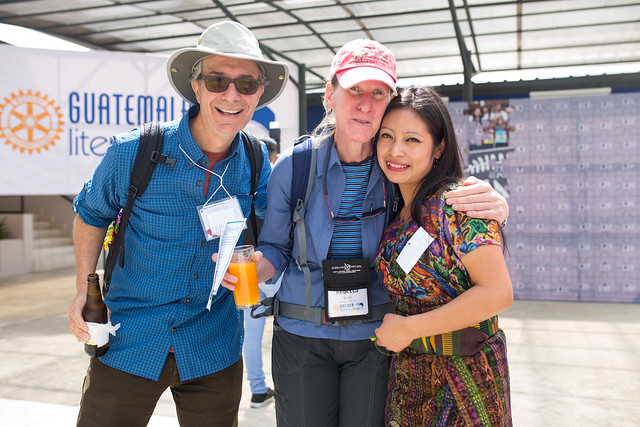 Marco, Rebecca, and Flor and the dedication of our Education Center in February.

During one of their visits, Rebecca and Marco got to witness just how much Flor had matured as she shared some hard-earned wisdom with a younger scholarship student. Alejandra, a shy quiet girl just like Flor’s younger self, looked up in awe as Flor spoke to her with sparkling eyes and a gentle smile about “everything from study habits to the importance of following program rules.”

“We were delighted to see Flor step gracefully into mentor mode,” Rebecca says.

Flor graduated from high school in 2014, now holds a prestigious job at a bank, and is well on her way to starting her studies in engineering. But when asked which of Flor’s accomplishments she is most proud of, Rebecca answers that it is Flor’s perseverance in the face of family challenges that she admires most: “I can’t imagine how difficult it’s been for her to remain focused on school, but she has. She and her dad understand that her education will change the life of the whole family, including future generations.” 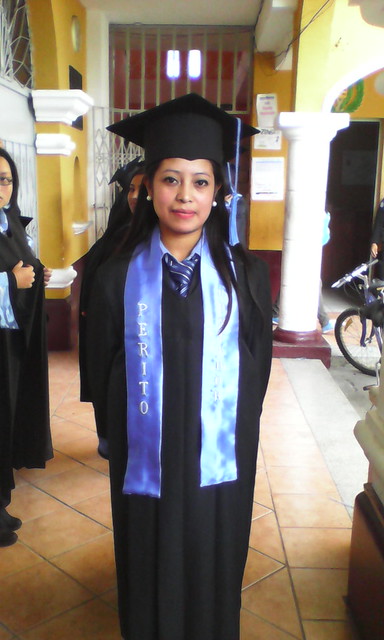 Flor on her graduation day.

Thanks to Rebecca and Marco’s support through the Scholarship Program, Flor was able to avoid dropping out of school and completely change the course of her life. But Rebecca and Marco have been changed by their relationship with Flor (and their new student Wendy) as well:

“We’ve enjoyed having a relationship with our scholarship students very much. The connection with the students has kept us coming back to Guatemala. Honestly, I struggled a bit with deciding about the most effective use of our resources in Guatemala, but decided to participate in scholarships as part of our support because of the intangible value of the relationship, of the encouragement the kids get from people they didn’t previously know. I’m also genuinely inspired by what these kids accomplish.” 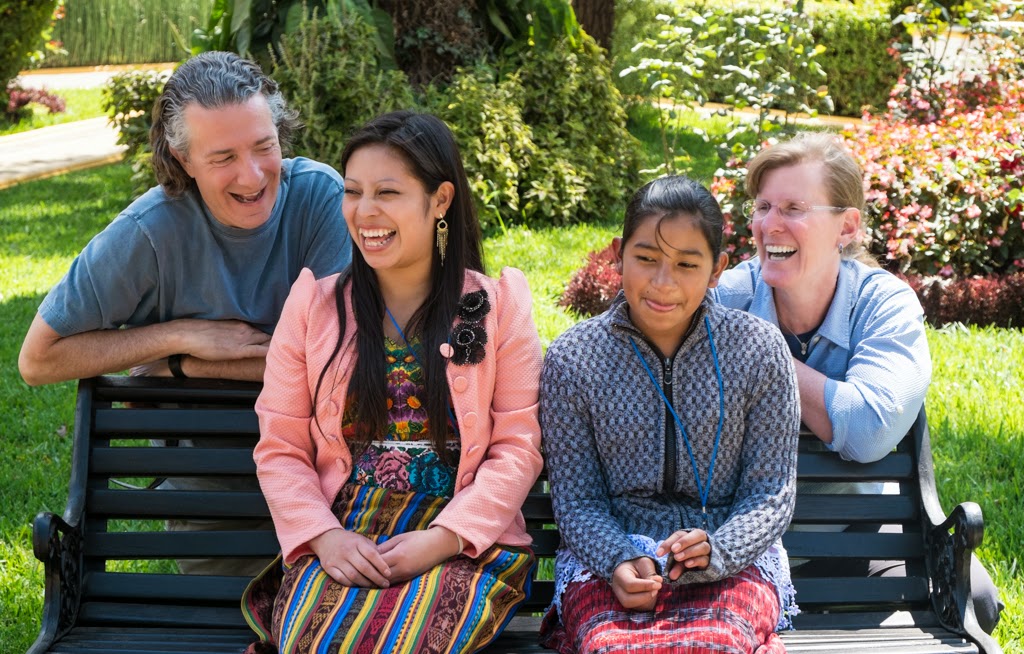 Marco, Rebecca, Flor, and another scholarship student laugh it up.

In February Samuel Buc, the Coordinator of our Scholarship Program, spoke to a group of scholarship sponsors on the important role that they play in the program:

“You are an emotional support for each scholarship student. You send a very clear message to them: you are important to me. And that is very, very important to them, because many of our students suffer violence, many are orphans, and all of them come from difficult contexts of poverty. Some of their fathers are alcoholics—there are many things that they face. And many times this context overwhelms them: it absorbs their dreams and their goals. But you tell them that each one of them is special. That there are many people who believe in them every single day—who believe that they will achieve their dreams. We are working together toward the same goal: to change this country and to change their lives.” 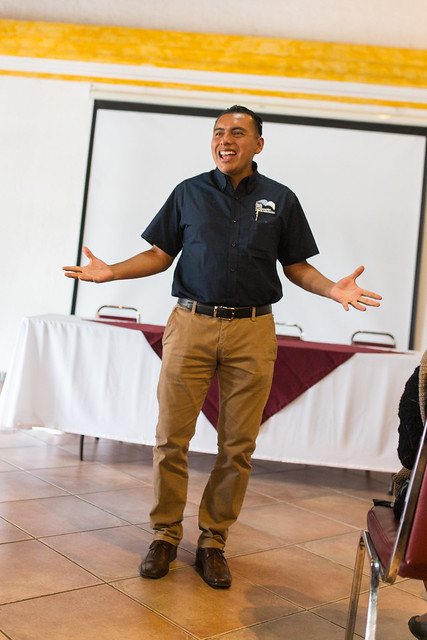 Samuel Buc on the role of sponsors: “You send a very clear message to them: you are important to me.”

Want to show a student you believe in their dreams?