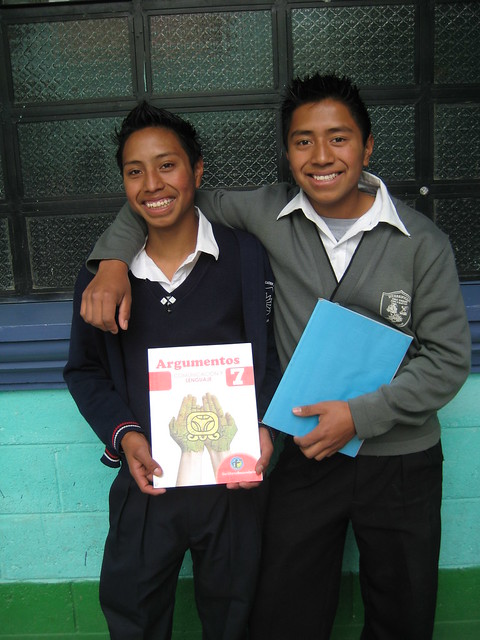 In 2008, thirteen-year-old Carlos Francisco Pu was surrounded by books on a daily basis. In fact, he helped produce them at a printing company near his hometown of Choquí, Quetzaltenango. Yet, when he returned home every night, his shelves were empty. But at Choquí School, where he attended seventh grade, Carlos experienced a whole new world through the textbooks CoEd had provided just two years earlier.

“I was so excited to use the new textbooks. I wanted to absorb everything in them, but my reading skills were not great,” Carlos says shyly. “So, I spent my free time practicing and becoming more literate, in order to absorb every bit of the information.”

This is especially noteworthy, considering how little “free time” Carlos actually had. His childhood was cut short when Carlos’ father abandoned the family. His mother was illiterate and could only find work as a maid. Unfortunately, her meager wages were not enough to provide the basics for Carlos and his little sister and brother. So he and his brother, Edwin, took jobs to help. Edwin dropped out of school to concentrate on working, but Carlos was determined to both work and continue his education. He attended school in the mornings and worked at the printing company in the afternoons and evenings, poring over his schoolbooks late into the night.

“The books provided a tremendous benefit for me with my homework,” Carlos says. “Rather than being limited by what the teacher dictated in class, with the books, I could always look ahead and have an idea what the next theme would be.”

Although it was often a struggle, Carlos’ commitment to his education remained strong. Four years later, Carlos graduated from middle school and was in 11th grade in a college preparatory program when we talked with him. He loves math, and hopes to attend university to study civil engineering. “With a job as a civil engineer, I can make a better life for my family,” he says. 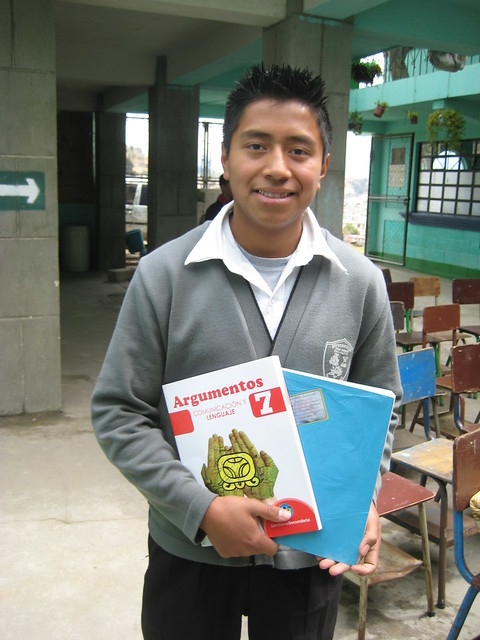 But Carlos is already creating a better life for them. Inspired by his success, his mom recently started school as a first grader. She attends classes and completes her assignments every evening after work. His younger brother, Edwin, also returned to school as a sixteen-year-old seventh grader and is benefiting from CoEd’s Textbook Program. Carlos has shown them that education is worth the effort, even when it means studying with a group of much younger students.

Carlos remarks proudly, “When I first started participating in the Textbook Program, (CoEd staff) told me that the user fees I paid ensured that younger kids like my brother would have books too when they came to middle school. I was skeptical, but now Edwin gets to use a brand new set of books because of the contributions my classmates and I made. The system really does work!” 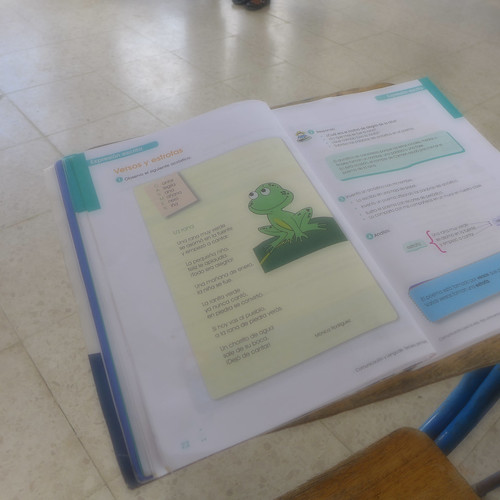 Through CoEd’s innovative revolving fund process, small student contributions allow schools to save money to replace books as they wear out. This means that future students just like Edwin and Carlos will continue to benefit from textbooks for years to come.

Edwin and Carlos smile ear to ear as they huddle around Edwin’s new science text, thumbing through the pages and pointing out the pictures and diagrams. Carlos’ maturity and level of responsibility belie his tender age of seventeen. But when asked what word he would use to describe the books, his personality and youth shine through. “Cool,” he says with a smile.