In honor of the UN celebration of International Day of the World’s Indigenous Peoples on August 9th, we want to bring you a story of hope from Guatemala. 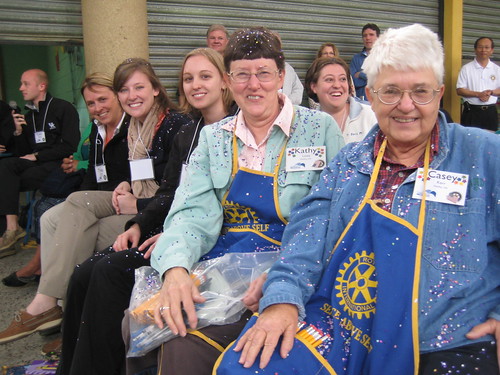 Dozens of students, parents, and Cooperative for Education (CoEd) supporters sat somewhat impatiently through the speeches of local dignitaries at the textbook program inauguration at Colegio Israel School in Tecpán, Guatemala.

Small children began chatting amongst themselves, volunteers were rifling through their bags and CoEd staff members were busy contemplating the logistics of the day as a tiny, unassuming girl named Darlyn Rangel Caceres took her place on the stage. Within moments, the eighth grader had transformed herself into the picture of poise and confidence and taken complete command of the crowd. She seemed a foot taller as her voice boomed throughout the auditorium. Jaws dropped as she performed a poem with undeniable passion and eloquence. “Thank you, homeland, for everything you give us,” she proclaimed. “Thank you, homeland. I promise you that I’m going to fight to give you your liberty and say once again—I love you, Guatemala!” 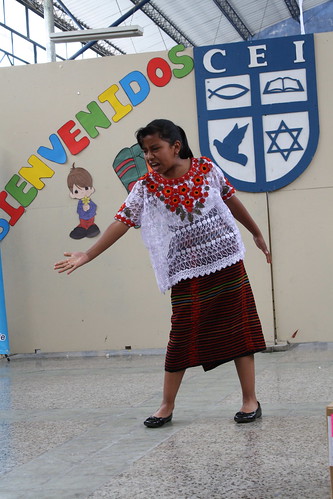 When she completed her oration, the crowd erupted in applause. Darlyn strutted off the stage with her head held high and an expression that said, “I am a force to be reckoned with.”

Later, Darlyn told us that reciting that poem was the proudest moment of her life. She had practiced for hours every day to make sure it was perfect. She wanted to show the CoEd supporters how important the books were to her, but that was only part of her motivation. “I wanted everyone to know that there is talent here. I wanted them to know what Guatemalan students are capable of—that supporting us is worth it,” she said. 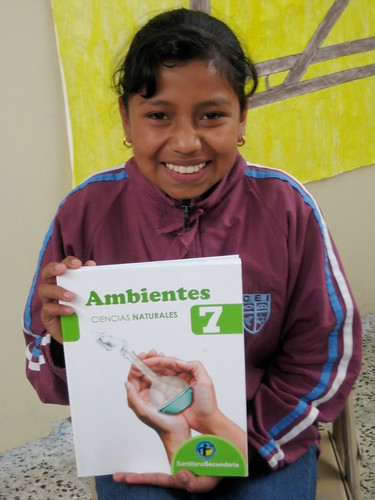 At age 13, Darlyn Rangel Caceras —who wants to be a doctor—gets her first glance at a diagram of human anatomy, thanks to your support of CoEd’s Guatemala Textbook Program.

Darlyn’s school had been waiting for textbooks for four years. Before CoEd brought the program to their school, the students and educators were beginning to wonder if the opportunity would pass them by. Now that fear is a thing of the past.

“I’m most excited about getting more information about the human heart,” said Darlyn. She wants to be a doctor, but at 13 had never seen an illustration of human anatomy. When we handed her a science book, she hesitated, almost not believing it was real. Within seconds she was rifling through the pages, and there it was—a diagram of the circulatory system. She smiled from ear to ear.

Darlyn opened more than the pages of a book that day. She opened up a world of opportunity. Looking at her face light up as she devoured the information, there is no doubt that she is capable of great things, including being an amazing doctor, and supporting her definitely is worth it.