Two days after Edgar Elías Colop’s 15th birthday, he received an unlikely gift—textbooks from complete strangers. Like all of his fellow ninth-graders at Parracaná Cooperative School in Quetzaltenango, Guatemala, Edgar had never used textbooks in class until the CoEd Textbook Program arrived and changed everything. Edgar and his classmates now get to study with math, social studies, Spanish, and science textbooks for a small monthly fee that goes into a revolving fund managed by CoEd. After five years, enough money will be saved to begin purchasing new books, making the Textbook Program 100% sustainable after the initial investment. 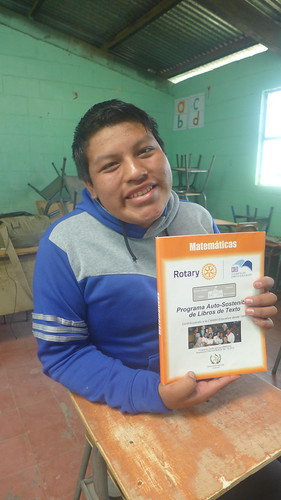 Edgar shows off the book he’s most excited to use.

“My favorite subject is math,” says Edgar, flipping excitedly through the pages of a brand new book. Edgar has wanted to be an engineer ever since his mother told him all about it when he was little. She doesn’t have personal experience in this field; she cleans the home of someone who is an engineer. Since she has never attended school herself, this profession has always been out of her reach. But not Edgar’s.

Now that he has access to textbooks, Edgar will be able to develop better analysis and critical thinking skills. Instead of rote memorization and simply copying down what the teacher says and writes on the chalkboard, Edgar can now follow along in a book, view diagrams and pictures, and complete stimulating exercises to reinforce the day’s lessons.

These textbooks might be the most important gift Edgar ever receives, and he is acutely aware of this fact. He almost had to drop out of school after the sixth grade because his mother couldn’t afford to send him to middle school. Edgar begged to continue studying, telling his mom, “We will help each other to make it happen.” He has kept his end of the bargain, working in the fields and in his uncle’s house during school vacations to save up for his studies.

Edgar learned to rely on himself from an early age. His father, now deceased, abandoned their family when Edgar was a baby and never offered financial support. Edgar’s two older sisters dropped out of school after the sixth grade and were married with children by age 18. Edgar desperately wants more out of life, and thanks to generous supporters like YOU, he finally has the tools to dream bigger. 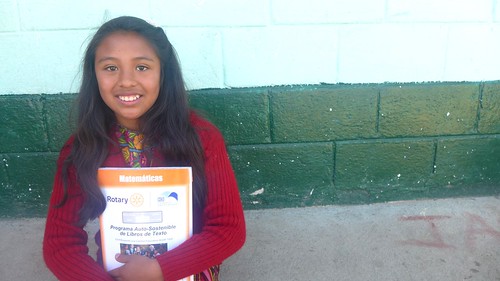 Another classmate shows off the new textbooks delivered to Parracana middle school this year.

The magic of the Textbook Program is multifaceted: students stay engaged in class and want to continue learning, and teachers gain a clearer understanding of what material they should be teaching at each grade level. They can rest assured that they are following the national curriculum set forth by Guatemala’s Ministry of Education. Plus, teachers at each school in CoEd’s Textbook Program receive extensive training to empower them to utilize the books to their full potential.

Edgar is planning on using his books to their full potential, too. He says,

“With the textbooks, we will be able to learn more. I’m especially excited to learn about adding, subtracting, multiplying, and dividing polynomials.”

These are skills that will serve Edgar well as a future engineer, an occupation that has never seemed more attainable than right now.

Read more about the impact of the Textbook Program.