Florencio Fernando Teleguario: Dreamer to Be

We often tell stories of students with big dreams and students who have made their dreams reality, thanks to your support and CoEd’s innovative programs. The truth is, many of these students started off without a dream—many of them thought a life of toil and poverty was inescapable—until you changed their lives.

Florencio Fernando Teleguario is still without a dream. When asked how far he wants to go in school, Florencio responds, “I don’t know,” and when asked what he wants to be when he grows up, he says, “I want to work with a hoe.” Currently, Florencio works alongside his mother in the fields every day after school. He considers himself the man of the house, shouldering responsibility for his mother and five sisters on his thin, 12-year-old frame.

His father used to send money home from the United States, but now he spends his money on alcohol and Florencio rarely hears from him. All of his sisters dropped of out of school before the sixth grade, two of them before the second grade. It’s no wonder, then, that Florencio assumes he will one day drop out too.

But wait! Don’t worry! Something is changing for Florencio, and we know it will make you smile as wide as him! 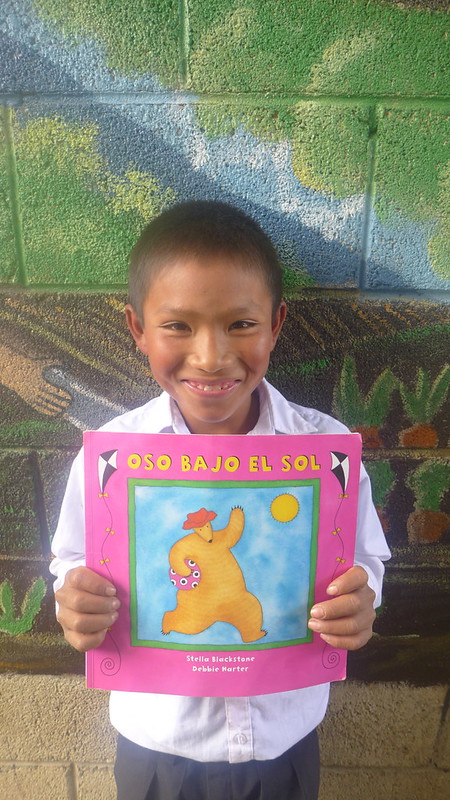 Florencio with his favorite book

Can you get over that adorable little grin? We sure can’t. And you know what else? YOU put it there. That’s right, YOU!

This year, CoEd’s Culture of Reading Program arrived at Florencio’s school—and that has made all the difference. Now Florencio’s favorite part of the week (just in case you couldn’t guess) is listening to his teacher introduce a new storybook to the class. She shows them the cover, asks them questions about what they think is going to happen, and then reads the story with animation and enthusiasm. Thanks to CORP, Florencio’s attendance has improved dramatically AND he’s starting to develop a habit of listening attentively, raising his hand, and flashing a few more of those grins around for good measure.

These are unmistakable signs of a seed germinating in Florencio’s mind—the seed of his very own dream. We are so grateful that you’ve given him storybooks to ignite his imagination and introduced his teachers to the CORP methodology, which lowers dropout rates by 30% and improves reading scores by 50%. Maybe, the next time we check in on him, Florencio will answer some of our questions differently.

Want to meet a kid like Florencio yourself? Come on our Summer Snapshot Tour from August 2nd – 7th. With Antigua as your home base, you’ll visit kids like Florencio by day and return to experience the city—-ringed by majestic volcanoes and bursting with historic charm—-by night.