We wrapped up our interview with CoEd founders Joe and Jeff by asking what they envision for the next 20 years of breaking the cycle of poverty in Guatemala. Their answer?

Listen for all of the details.

(Note: If you’re on mobile and don’t want to listen in the SoundCloud app, click “Listen in browser.”)

Courtney: What are your visions for the next twenty years, the things you’re really excited about now?

Jeff: For me it’s a pretty easy question, in the sense of really really getting into what affects and can help a child learn better. So of course we know from all the studies that the earlier the better—it begins in early childhood. But finding out kind of where that starting point is: is it prenatal, is it working with mothers of child-bearing age? But I’d say preparing a kid for school and then the effect that better schooling can have upon them later. There are studies about nutrition in isolation, about stimulation in isolation, we have our scholarship kids, and all of them you see come out with better jobs and a better life, through a pretty deficient education system. So if you can work on those other things and improve the education system—so, we’re saying more comprehensive help—if they can measure that their salaries are 20 to 25% better through one intervention, and then—then you start adding to that everything: better literacy programs, better numeracy programs, better support systems around them, like the Scholarship Program, and I think eventually we can hit what we thought we could hit years ago with textbooks: Oh we just need textbooks and all of a sudden there’s gonna be this huge change. My vision is to really see significant change on a systemic scale, if that makes sense—a broad scale. We already see significant change in the scholarship students. But to see it at the regional level or national level. 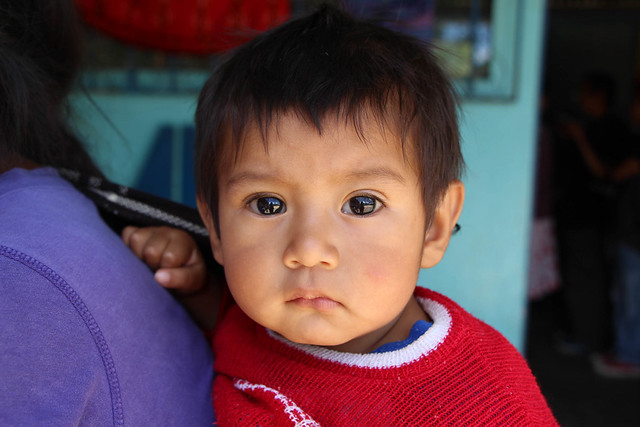 Helping kids get proper nutrition and mental stimulation during their first 1,000 days of life will do wonders for their future learning in CoEd programs!

Joe: So, I think I share Jeff’s optimism for the future, for the next 20 years. I think the next 20 are gonna be the most exciting 20, at least for me in my career; I’m not gonna go past that; you will, hopefully. And so much of the first 10 years was about organization building, then the next 10 was about really kind of defining the lanes of programming—like what is it that we’re gonna do, how are we going to be unique, what’s our unique kind of contribution to the world? And I think that the lanes that we’ve established now are going to be the ones taking us more into the future. So I think we’re gonna be working a lot for a long time in girls’ education. I think we’re going to be building and expanding upon the base that we’re building with scholarships that favor females as a way to empower women in that country. And there’s a lot of ways that we can continue to wrap around that program, expand it, grow past it. So that’s one whole lane that I see that’s going to be shaping the future.

The early childhood, early development, first 1,000 days, nutrition, stimulation and so forth, that’s another lane that I see is going to be shaping our future. And we’re seeing a lot of exciting results so far; I think our investment there has been good and we’re trying to figure out and shape how that’s gonna work and plug into everything else. But as Jeff said, we’re seeing that the solution to getting people out of poverty—and I think, when I read stuff, a lot of people who have struggled with—well how do I, how do you get people out of poverty?—they all discover the same thing: that you need an integrated approach and you need to be helping people, not just at one time in their lives, but at multiple times in their lives, and in general, the earlier the better. So I see that as an exciting new area, where that’s a solvable problem. Some of the most difficult problems out there, some of the ones that you would like to work on, are not solvable—not as solvable. But that’s a solvable problem. And that’s one where, you know, like they say—a dollar invested will yield at least fifty dollars of down-the-road benefit. And every kid should have an opportunity to have a chance to learn and not be held back because they didn’t get adequate nutrition or stimulation in their first thousand days of life. That’s the foundation for all later learning, and every kid in every one of our other programs will do better for it. They’ll get more out of the textbooks, they’ll learn more in the computer centers, they’ll do better with the scholarship—they’ll make better choices all the way along if we make sure they get that foundation soon. That’s a whole area that I’m really excited about that I think is going to define our future. 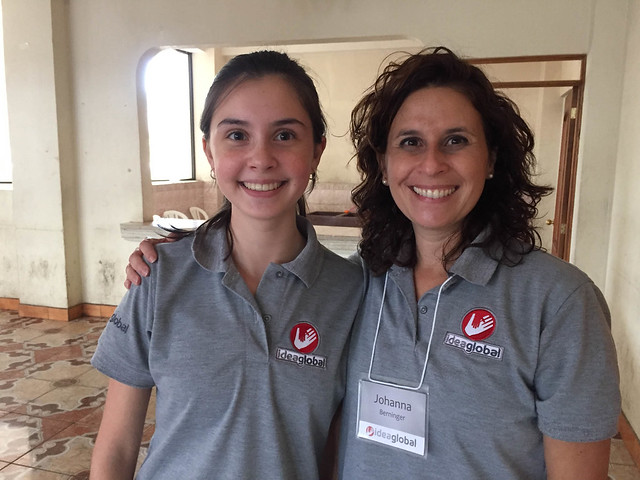 And then I’d say probably a third area would be to take what we’ve done well in Guatemala and been successful with, and be better about sharing the knowledge and exporting the cook books of how to do it to people in other parts of the world. So…let’s say like with CORP training: If we’ve really figured out—and we have—a way to significantly improve the way a teacher approaches her classroom and teaches literacy over two years, and we’re figuring out a way to do that at a lower cost—but we know by interfacing with Rotarians and people in other parts of the world that not everybody else has figured it out as far as we have. So getting that knowledge out and maybe helping, you know, thousands, tens of thousands, millions more people just through the knowledge of how to do it well. We can do a lot better job getting that out there. That would be a whole other lane of the future that I think we can serve and that we can touch people.