What does it feel like to help 150,000 students in Guatemala? That’s right, we’re asking YOU, because you’ve been a key part of CoEd’s success!

Comment below with your answer, then scroll back up and read or listen as CoEd founders Joe and Jeff respond to the same question.

(Note: If you’re on mobile and don’t want to listen in the SoundCloud app, click “Listen in browser.”)

Courtney: Even though the project hasn’t changed Guatemala into a utopia like you thought it might, it’s still done so much. I am astounded at the sheer numbers that we can talk about—150,000 students that we’ve helped. And sometimes I wonder what it feels like to know that you’ve helped that many kids. Not just that many kids, but also their families, their communities.

Jeff: I mean in a way I almost see it as a little bit of an obligation to check our egos, because sometimes we overstate or we think that we’ve done more than we have. And I think that’s a problem with a lot of organizations. So the big thing is to realize, Okay, yes, we have put books in the hands of all these kids, and that is quite amazing when you think about it. Or to even go to a small town and just see kids with [the books]—they never even saw us before because they’re, you know, eight years or twelve years into the process. 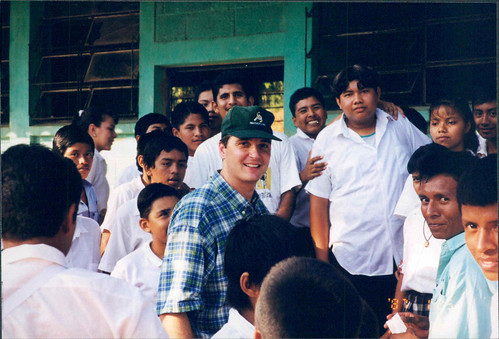 Jeff in a throng of students.

So it is astounding to see this simple concept of this revolving fund that people said would never work—a lot of people said it would never work—it’s amazing to see it work and it’s amazing to see it at that scale. At the same time when you say “how many people we’ve helped,” I always like to be careful with that because it’s like: “We’ve helped them so much,” but also, in a good way, I think there’s a saying out there: “It’s good to never be satisfied.” As an entrepreneur or as a—

Joe: “Good leaders are never happy,” I think is the quote. You know, you’re never fully happy because there’s always that next level—getting it up here. (Gestures above head.) Okay this is great here but there’s always a new place to take it.

Jeff: Yeah, so I more see it like, Wow, we’ve gotten out there and we’ve placed books and better instruction and computers and made huge differences through scholarships. But we’re actually positioned now, in like the next 20 years, to make much more happen—to grow much quicker because we have the experience under our belts, because we have a certain amount of name recognition in the country. And there’s so much more we could do, knowing what we know. So I’m kinda biting at the reins to actually get out there more and do more comprehensive stuff. 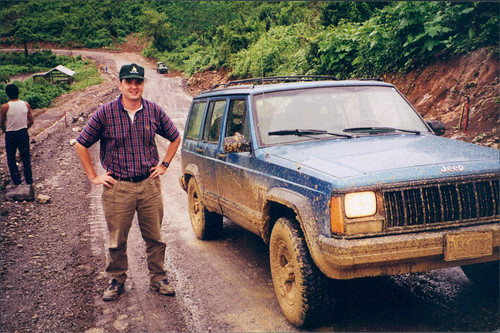 Jeff likes to get his hands (and tires) dirty.

Joe: Yep, yeah. So Jeff and I, we’re very thankful to have had the opportunity to be a part of this. And we—in terms of checking our ego at the door—I think we correctly had the ethic from the very start of the organization to keep hiring people that were always smarter than we were, so that we would slowly become the dumbest people in the organization. (Courtney and Jeff laughing.) And if you look at the US office we’re actually pretty close to being that, you know? We have an all-star team here. And in the Guatemala office as well we have really really good people. After spending a week with Rony on the Enrichment Tour, I’m just astonished by that guy. He’s got it going, you know? And he’s a very intelligent, very capable, very experienced person. And our division heads—Mario Yac, Horacio, Augusto, Yanira—all the way down to our field staff. We’ve got a lot of really talented people in the organization, and have had for years and years. And really in the end it’s them that are doing all the great work, little by little. We get to take a lot of the credit for it. And we kind of wound—we built the watch and wound it up, but they’re the ones who are actually the gears and springs and making it work. 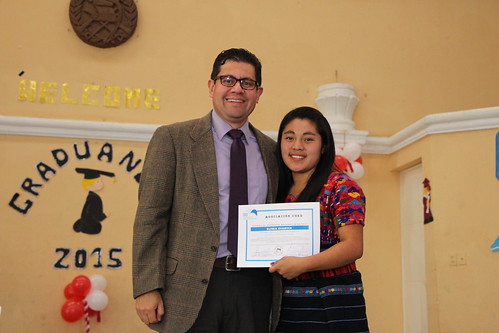 Jeff: Yeah, and I tell my kids that too. We kinda had the farm boy grit, you know, we schlepped boxes, and Horacio even recently reminded me of that. We’re so well known and respected in the office because we did everything that everybody does. You know?

Joe: Yeah. We loaded the trucks. We counted the books. I remember sitting there and counting spines of books, we used to do that a lot. There’s no job— We were under the cars at different times, I remember we helped that guy clean out the gas filter that time you [Jeff] blew through it when the Cherokee wouldn’t work and stuff, like—there’s no job at CoEd that we haven’t done, until recently. So we can appreciate the people that do them now. But you know, I’d say we’re very grateful and thankful. I feel humbled when we look at the numbers. And also, I feel like I spent most of the last 20 years, you know, firing it up, like: this year’s plan, next couple years—okay it’s all about getting ten more textbook schools out there, another six computer labs, let’s get these additional scholarship kids. And you get wrapped up into all of the details of making that happen year by year. And then you have to like pinch yourself every so often—pinch yourself at ten years, pinch yourself at fifteen years when you start seeing those numbers adding up. You know, ten textbook schools a year, suddenly it adds up and you’re coming up on 200 schools. And so yeah, when you look at the scope and the scale and the breadth of the project, it does humble me when I look at that. And I’m grateful that we’ve had an opportunity to be a part of this.

But also realizing that it’s been the effort of a huge team of people who share that dedication and that’s the coolest thing about working in nonprofit. And I think we probably told you [Courtney] that when we interviewed you: you know the best thing about working in nonprofit is you get to go through life with that group of people. You get to ride that roller coaster of life with that crowd. And those are, you know, people of solid gold. And that’s worth a million dollar paycheck, a ten million dollar paycheck. There’s nothing better than that. (Courtney starts tearing up.) See, you know? And we get to work with you. We get to work with Sam and Katie and Jess and everybody—everybody here and everybody in Guatemala. And all of our donors, too. You know, we’re having lunch with Rob Suttman today, we’re going to be there with Mark Thompson—hearts of gold. These people aren’t looking to make tons of money, they’re not looking to aggrandize themselves. You know, that’s pretty cool.

A few of you with your hearts of gold… 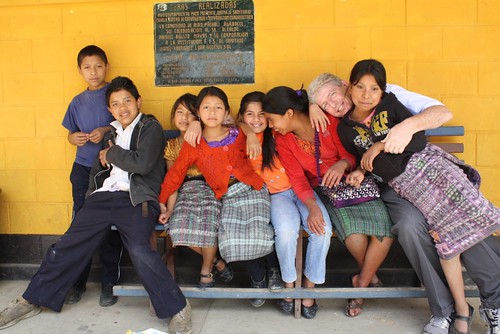 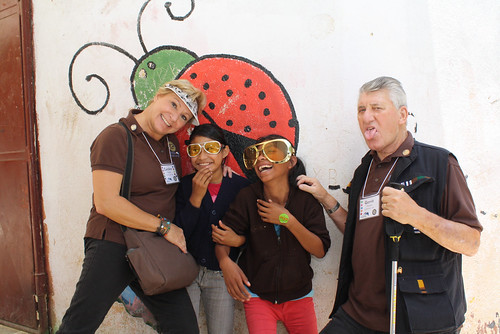 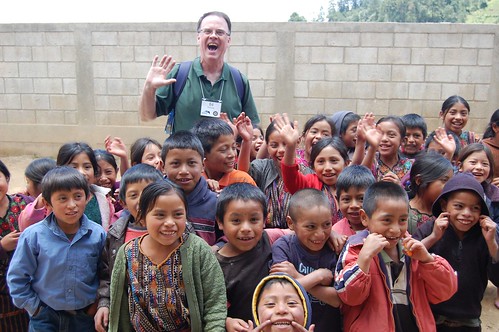 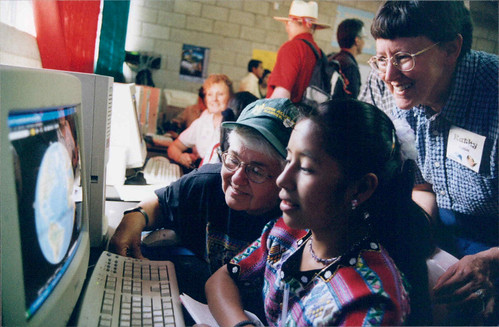 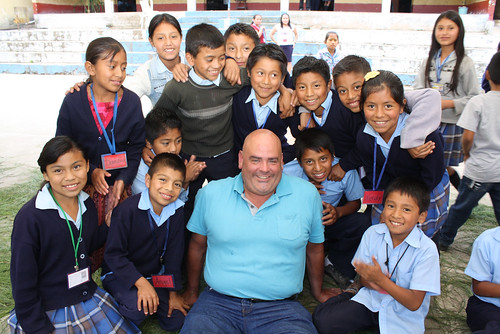