What’s so great about being a naïve twenty-something? Joe and Jeff explain it all in this third segment of our 20th anniversary interview with CoEd’s founders. Find out what their initial vision of CoEd was and how it expanded over time. You might just get feel inspired to start work on your own dream!

Listen podcast-style to the snippet below or scroll down to read the full transcript for part 3. (Scroll down regardless for photos.)

Courtney: Was there any moment where you had foresight of what CoEd would become? Did you have any idea of how big it might get?

Joe: No. I think what’s great about being in your twenties— The decade of your twenties is a time of infinite possibilities, like you can just do things because it’s right to do them now. It doesn’t necessarily have to take you in an exact direction that you can see and name and trace out. In fact, that’s an exciting part of doing something like that. So I think that we didn’t have a long-term vision at first. 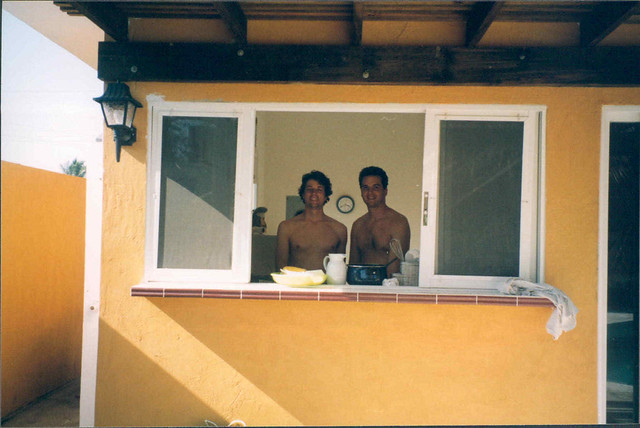 Joe and Jeff were pretty hilarious in their twenties. 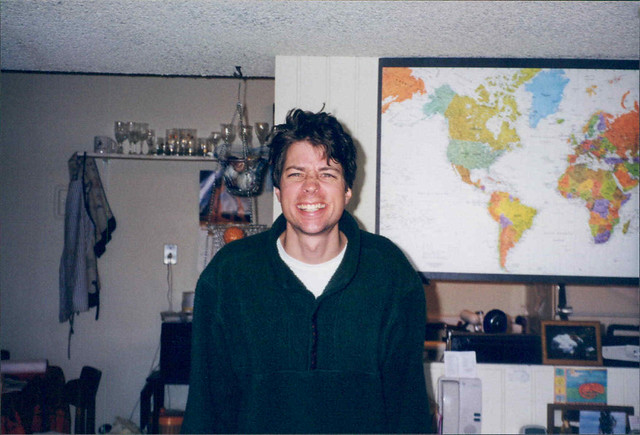 And then it was probably more like five or six or seven years in, that you start to be able to vision. Like: Okay well if it was, and was, and was, these years up to now, maybe the next ten are gonna be also similar. And then I think a big leap of faith for us in terms of Yeah, like let’s reach for the stars, let’s help a couple hundred thousand people or millions of people eventually, was when we started to hire people. So that would have been as early as 2000, we hired Anne. 2001 when we hired Howard. 1998 when we hired Horacio. So as soon as you start hiring people, now you’re not only committing to having enough money at the end of the year to pay yourself, but— 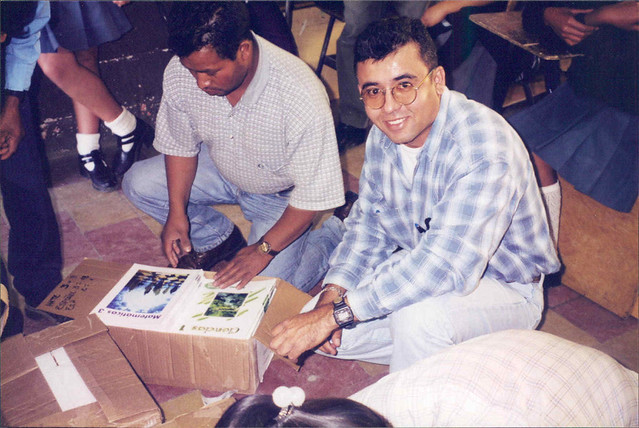 Horacio, one of CoEd’s first employees, is now our Operations Director in Guatemala.

Joe: And they can’t really wait ‘til the end of the year. So, you start to commit yourself to having a business and having a structure, and being around for a few years. And also after about four or five years, your donors—the same people who keep coming back and saying Hey, it’s a good idea, let’s take it further—they wanna start knowing what the vision is. Because ultimately they’re buying into the vision. What we can do right now, yeah, that is motivating, but what’s much more motivating is: Hey, there are 1,500 schools at this level in the country, and we’re already in 10 percent of them. Can we take it to 50 percent, or more?

Jeff: So we were operating kind of under the assumption that the schools were fine, and that there were teachers in the schools, there were kids coming to school, because they look… The appearance looks good: they’ve got their uniforms on and everything. So we kind of saw that the missing element was textbooks. And it was kind of naïve because we know now that poverty solutions are more comprehensive. But I’d say if there was a vision it was to blanket the country, or to be the provider of that textbook system for the country, and have that focus.

Courtney: So when did the vision kind of change to breaking the cycle of poverty through education? Become more comprehensive than just textbooks?

Joe: That mission statement, breaking the cycle of poverty, goes way back, to two or three years after the project started. Because I think we thought it was not just going to be about textbooks. We thought that—

Jeff: Well, and the thing is that every organization has to have a mission statement. So it doesn’t mean that you’re doing all the parts to breaking kids out of poverty through education. But I think it was more like: This is the mission and the textbooks are filling a big part of helping to break the cycle. Then computers come along, that’s helping to break a cycle. Because thinking at that time, not just our own thinking, but a lot of nonprofits— It was more of an absence mentality, right, where you said: They’re missing this. They’re missing computers, so give them computers. You didn’t think so much about, you know, the quality of instruction. Or that maybe they don’t have the logic from earlier numeracy to understand Excel very well. That’s more current thinking, both within CoEd and more broadly.

Joe: We learned that along the way, just by— We were naïve enough— Like in a way it’s great, again, being in your twenties, it’s great— You’re naïve: you don’t know a lot about the broader world. We had really never been outside of Ohio, kinda thing, or that much. But like, you believe you can do things that really in the end are pretty hard to do. But you don’t realize that so you begin it: you jump in and you start moving toward it, and you start getting other people behind it. And then suddenly, like— Oh, it’s actually a lot bigger of a problem than just having a book in the classroom, or a computer in front of a kid. There needs to be a program wrapped around that, because a teacher needs to be prepared and trained, there needs to be a distribution system and policies and procedures, and what happens when books are lost, what happens when this happens, and that? Storage off-season for the books. How do you deal with the problem of the fact that the schools are growing by ten percent per year? And so do the kids today pay for that growth or do you pay for that growth? You know, lots of programmatic things had to be thought up around what seemed like a simple concept.

Jeff: And I think we had a different concept of how fast things would change. When you’re younger, you know, you go through four years of college and it seems almost like an eternity. And then, you know, high school the same thing. You don’t realize it takes a long time. Actually our very first video, I’m quoted in there as saying: “So that in ten years or twenty years Guatemala might be a better place.” Thinking that—

Joe: And it is a better place.

Joe: In some ways.

Jeff: The indices and indicators are showing it is.

Joe: But other things are worse.

Joe: That’s right! We thought just getting some books out there might change that whole country, you know?

Jeff: You know, but a lot of people have— A lot of people do have that same concept. Like a little bit of effort can make a lot of change. And if that were true, I say that we would have solved it; it would have been solved already, these problems of poverty in developing countries, and corruption, and all that. If it were simple—a few anti-corruption laws and stuff—it would already have been done.